All Raspberry Pi boards have at least one status LED. The number and position of these varies between the different models. Below is a list of the different configurations you are likely to find on your Raspberry Pis. 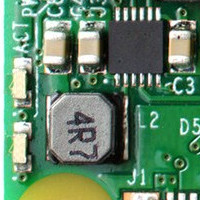 The Pi 3 has two LEDs on the PCB where one is labelled “ACT”. 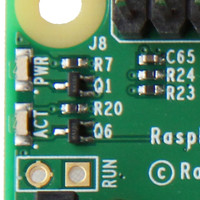 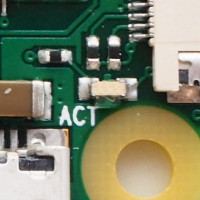 The Pi Zero only has a single activity status LED. There is no power LED. 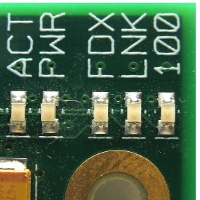 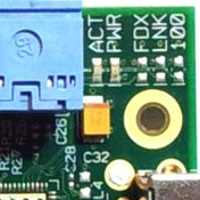 The Model A has two LEDs which are labelled “ACT” and “PWR”. The PCB includes labels for the three network status LEDs but these are not populated. 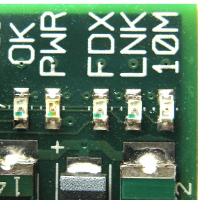 The LEDs have the following meanings :

You’ll notice that the “OK” and “10M” labels changed with the Model B revision 2 PCB. 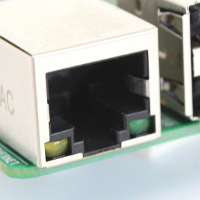 The Pi 3, Pi 2 and B+ all have an Ethernet socket with two additional status LEDs.

The red power LEDs indicate that the Pi has an active power supply. In the Model A and Model B (rev 1) the LED is connected directly to the 3.3V supply. If it fails to light or flashes it indicates that there is a problem with the power supply.

In the later models (A+, B+, Pi 2 & Pi 3) the power LED is slightly more intelligent. it is connected to the 5V and will flash if the voltage drops below 4.63V.