Since they opened a Poundworld a mile from my house I can’t help but pop in there and see what they’ve got when I’m passing. It’s a relaxing shopping experience because there are no surprises. You never pick something up only to be shocked at an unexpected price. Whatever you see is a £1 ($1.50). Not a penny more or penny less. (Very similar to Poundland!).

So here are a few bits I picked up to stick in my Raspberry Pi project box. A bluetooth dongle, an SD card reader and a USB LED flexible light. All for the princely sum of £3. 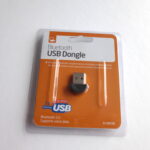 The Bluetooth Dongle looks like most other Bluetooth dongles. To test it I re-visited my Nintendo Wii Remote, Python and The Raspberry Pi article. Rather than my Tesco dongle I tried the Poundworld version. It worked and the Python script ran as expected. Not sure how the range compares but it’s four times cheaper than the Tesco dongle I was using previously. 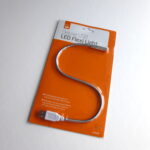 The light plugs into a USB port and lights up a small LED. It isn’t very bright in daylight but at night I tried it and it illuminated a 10cm square area reasonably well. I’ve got a very similar device which I purchased from Ikea for about £3 and that is much brighter. I’ll probably experiment with both of these lights in future camera module projects. 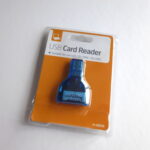 I’ve got loads of SD card readers but I wanted a set of four to use with a 4 port USB hub to image multiple SD cards. At £1 per reader I thought these were worth a shot. It works fine and I will be using it to benchmark the performance of all my SD cards for a future article.

At some point I might grab a £1 mouse and see how that works out.

Here are some extra photos :