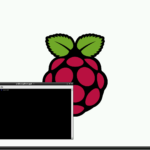 Taking screenshots on the Raspberry Pi is useful if you need to keep a record of your project or share details with others. You can capture screen grabs using a command line utility called Scrot.

It is easy to use and provides lots of options. It allows delayed captures and the ability to choose the capture area with the mouse.

If your Pi started on the command line launch the graphical interface by typing :

Once the desktop has loaded double-click the LXTerminal icon on the desktop to open a command window.

The installation can be completed using a standard apt-get call :

Scrot has lots of features you can use but to instantly take a basic screen shot of the whole desktop you can use : 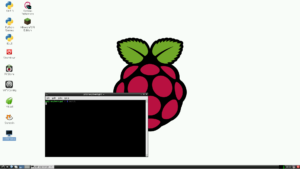 To take a screen shot after a delay use :

where 10 is the number of seconds to wait before capturing the image. The image will be saved in your default user directory (i.e. /home/pi/). To add a countdown you can use the ‘c’ option :

To specify a file name and location  you can use :

You can change the output format used by changing the file extension. For example :

Scrot has a lot of other useful features which can be enabled with additional command line options. These include :

The -s option allow you to drag an area with the mouse to capture.

The -u option captures the current window. Combined with the -d option you can give yourself a few seconds to select the window you want to capture. In the example below I captured the LXTerminal window I was using to run Scrot :

The -t option will create a second image that is a smaller version of the main image. The thumbnail has the same file name as the main image but with “-thumb” appended on the end.

In this example we will get our capture file and a thumbnail that is 25% smaller :

Both the -e and filename parameters can take special “format specifiers”. This are replaced with data when they are encountered by Scrot.

There are two types of format specifier. Characters preceded by a ‘%’ symbol are
are interpreted by the standard strftime function. See man strftime for examples. These are commonly used to refer to dates and times.

The second kind are Scrot specific variables and are prefixed by ‘$’. The following specifiers are recognised: