Today I went to the DigiMakers (aka Raspberry Pi Boot Camp) event held in the @Bristol Science Centre. I had booked a place for my son on the “Controlling a Robotic Rover with Scratch” workshop run by Alan from Dawn Robotics.

The workshop was an hour and a half long and aimed to introduce using Scratch to control a Raspberry Pi powered vehicle. The vehicle had to move around its environment and locate an “artefact” which was in an unknown location. The rover had a camera and was capable of recognising black and white patterns using some basic computer vision.

The first step was to create a suitable programme in the Scratch simulator before trying it on the real hardware. This required the attendees to send instructions including how far to move and turn. They also needed to tell the rover when to take a photo so it could try to identify the artefact. 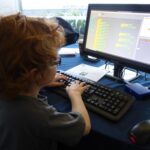 My son is six so I had to give him a bit of a hand but between us we came up with a script that we believed was fool-proof. The reality of robot control wasn’t far behind and we got first hand experience of the issues facing robot engineers all over the globe. Without lots of feedback from the robot it wasn’t always possible to ensure your instructions resulted in the rover ending up in the right place!

The event included lots of other stalls and workshops and there was plenty of activity at the venue. I didn’t get a chance to pay too much attention but I took some photos of the other interesting bits of hardware which can be seen below :

One of the impressive pieces of hardware on display was “RoboThespian” owned by the Bristol Robotics Laboratory. If you stood in front of him and moved your arms he would copy your actions. 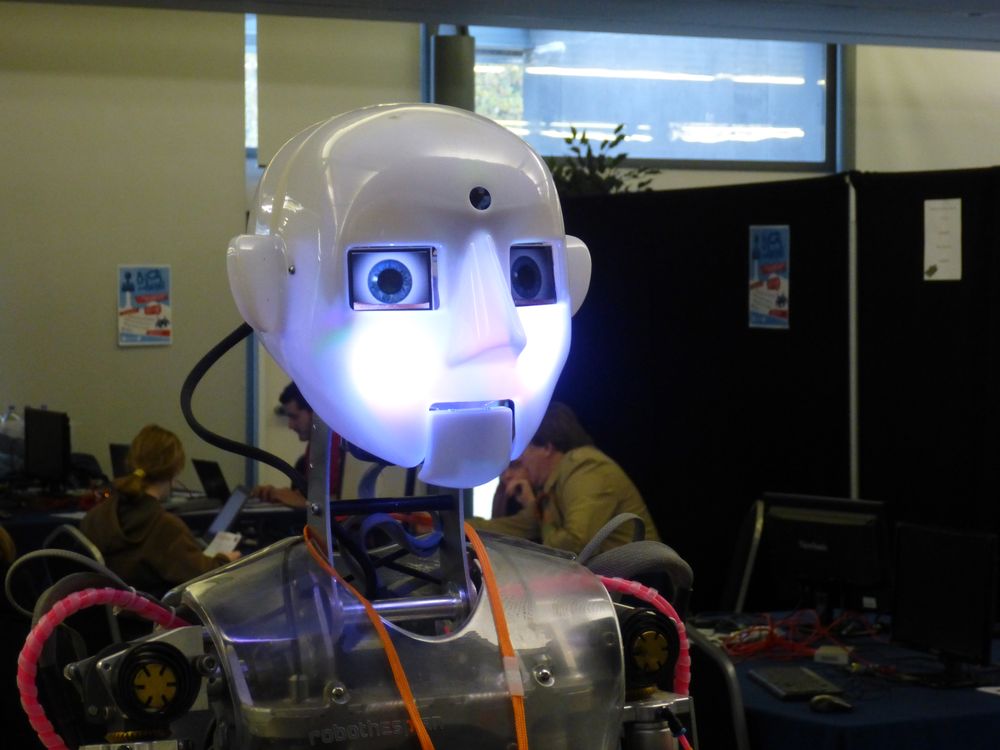