I’ve just recently got hold of a new board by Gert van Loo, the volunteer engineer who helped design the Raspberry Pi. It’s the GertDuino and follows in the footsteps of the Gertboard.

The GertDuino is a an Arduino based add-on board for the Raspberry Pi. It offers the same features as an Arduino Uno but with some additional functionality. What is an Arduino you might be thinking? Well take a look at the Wikipedia page to find out. I’ve never used an Arduino so this seems like a good place to start. I will create blog posts as I learn and will try to present them in a way that they will be useful to someone else that has never used (or heard of) an Arduino.

It make seem strange to put an Arduino on top of the Pi when they share so much functionality but this really gives you the best of both worlds. The two devices are often presented as rivals but together they make an awesome combination for some projects. 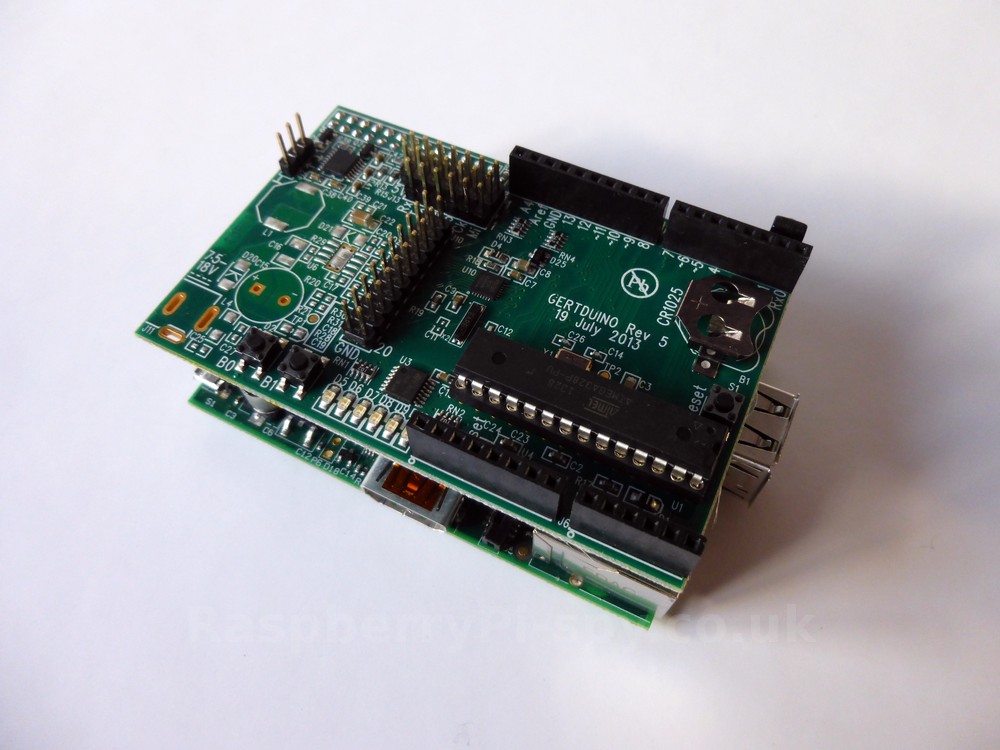 The board includes an Atmega328 microcontroller which runs from 5V and provides connectors which are compatible with the Arduino Uno. This means you can plug on the extensive range of “Shields” or add-ons already available. The Pi can be used to compile programmes for the Atmega which can be transferred to the device using the GPIO pins. 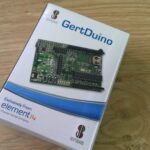 A bonus feature of this board is the Atmega48 which can provide a Real Time Clock (RTC) and an Infrared (IRDA) interface. These are two useful features not available on the standard Pi.

Additionally it provides a reset switch, 2 user switches and 6 LEDs.

An onboard battery (CR1025) can power the Atmega chips even if the whole board is detached from the Pi. With a typical current draw in the order of microamps this means the board can operate in situations our beloved Pi would struggle. 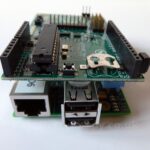 So what else can it do? The short answer is anything you can programme the Arduino to do. The main advantage of the Arduino is that it isn’t affected by an advanced operating system that can make time critical applications unreliable on a more conventional computer. For precise, time accurate processing the Arduino can really provide a helping hand to the Pi.

RS232 level converter can be used by: 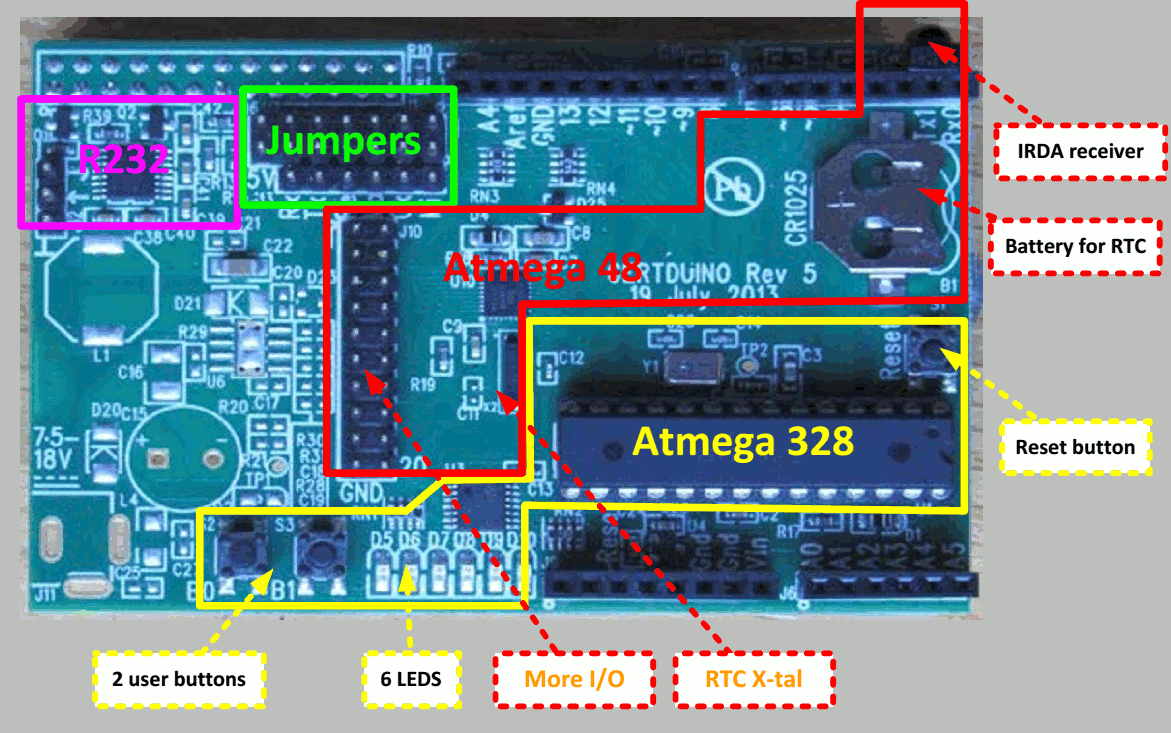 The user manual and software for the GertDuino board can be downloaded from the element14.com website.

Where can I buy one?

The GertDuino is currently available to buy exclusively from Element14.com. It does not include the CR1025 battery so you will need to buy one of those separately.

Gert Talks About The Board

Take a look at this video where Gert talks about the board to Mike Powell.

I took some photos of my board to show what it looks like and how it attaches to the Pi.