While working on a Raspberry Pi camera project I wanted to mount the Pi and camera on a standard tripod. I’ve got a few tripods and I was getting fed up with trying to mount the camera using sellotape, blu-tack and luck.

So I decided to mount the camera within a standard Cyntech Raspberry Pi case and then somehow make the case compatible with my tripod mounts.

Using the information on this tripod mount page I bought some 1/4 inch UNC stainless steel nuts. These have the same thread as the mount point on your digital camera or camcorder. Initially I was going to glue one to a Cyntech case but I was worried about how robust this was going to be with general use.

Then I had a cunning plan – cunning as a fox who’s just been appointed Professor of Cunning at Oxford University.

All I needed was a 3D printer and some 3D drawing skills. That was a bit of a problem for two reasons. Luckily I knew someone who assured me he had both. That person was Graham from www.raspberrypischool.org.uk (@rpiSchool)

I sat down with Graham and explained what I was after. A few coffees and a bit of scribbling we had a design for a simple one-piece plastic insert that would fit into a recess within the case and retain the stainless steel nut.

The result can be seen below : 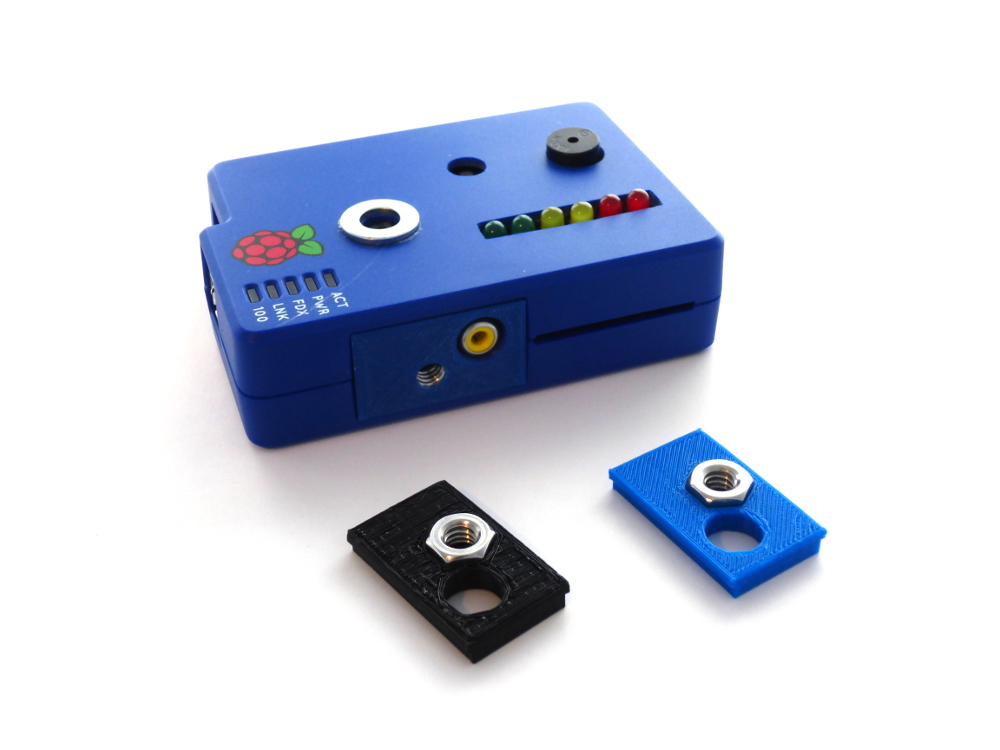 Graham printed a few different colours for me. The nut pushes into a hexagonal shaped hole which holds it in place. Opening the case slightly allows the insert to fit into the recess which normally exposes the composite video and audio sockets. The audio socket is covered but a well placed hole ensures a composite video cable can be attached when the camera isn’t on a tripod. 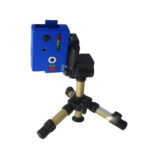 The insert fits firmly in place and can be removed if required so the case isn’t permanently affected.

This is one of the rare times when I’ve seen a 3D printer create something that is actually useful and solve a real-world problem. I like geometric shapes, Yoda heads and plastic spoons as much as the next person but this is an item that I will actually use.

The Cyntech Raspberry Pi Case is available from lots of Pi accessory sellers in a range of colours. There is also an optional SD card cover available which prevents the card being removed.