The Raspberry Pi is two years old. The credit card computer was described by some as “vapourware” but has now sold more than 2 million units worldwide. That’s a product demand that would have helped prop up Nintendo’s stock price in recent months!

Before the initial launch i decide to create a blog and be there “at the beginning” of something I suspected was going to be fun. I’m glad I did as it has now served over 2,200,000 pages to 780,000 visitors from almost every country in the World. 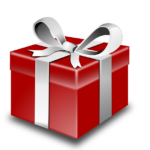 There have been highs, lows, tears, arguments and an explosion of DIY projects. All vital ingredients in a thriving community. Many of the so-called “Pi killers” came and promptly disappeared without a trace.

When it comes to the core objectives of the Pi nothing comes close. It isn’t that there aren’t alternatives it’s just the Pi offers something for everyone with the community behind it.

In the last year a lot has happened in the world of Pi and a number of fans have started working at the Raspberry Pi Foundation full time. If you can excuse the gender stereotypes this includes Twitter warrior Ben Nuttall and video-blog heroine Carrie Anne Philbin. Carrie also somehow found time to write and publish a book which has been well received.

Dave Akerman put a Pi in space as casually as most of us put out the rubbish on bin day, while on Earth others were building Pi-powered bullet-time camera rigs and astromech droids. 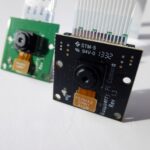 2013 also saw a massive increase in Pi based commercial products and the Telegraph listed RaspberryPi accessory suppliers as one of its top start-up trends for 2014. I’m proud to have done business with Jacob at ModMyPi and Alan from Dawn Robotics, two of the companies contributing to that success.

Meanwhile, due to popular demand, the Foundation organised the development of the PiNoir, an infra-red sensitive version of the standard camera module. 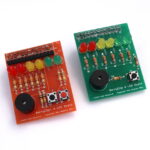 On a personal note I managed to create my BerryClip addon boards and persuade my wife to sell them while i did more “research”. Thanks to Graham Taylor of RaspberryPiSchool.org.uk we saw them used to teach real children in a real school.

In 2014 we have the HDMIPI screen, the new official website and more accessories to look forward to. I have a suspicion there are more robot kits round the corner so take cover if you believe this will herald the inevitable robot-apocalypse.

I for one will welcome our new Pi-powered overlords when they arrive.

In the coming months I hope to spend more time on my home security projects which have taken a back seat due to all the other projects I’ve tinkered with instead. Someone, somewhere is going to be the first person to catch a burglar using a Pi camera so get those cameras rolling!

I wonder what else year three will bring?