Over the last two years I’ve acquired a set of portable USB power banks. These are great for powering the Pi and the larger ones can keep a Pi running for many hours. In previous posts I’ve tested standard AA batteries,  a generic Li-on Power Pack and a RAVPower 10400mAH Power Bank.

Now it’s the turn of the Lumsing 11000mAH power bank. This device is slightly unusal in that it has 5 USB outputs. Yes five. This gives you the chance to run 5 devices from it. In a future post I’ll see what I can run off it but for this test I’ll just be using a single 1A rated port. 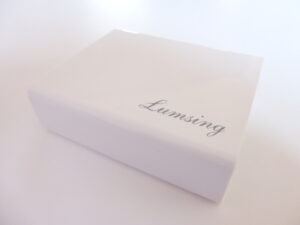 The package contained the following items :

and has the following features

The battery had some charge in it when I first switched it on but I charged it fully before I attempted to use it. As it charged the blue LEDs showed the progress. 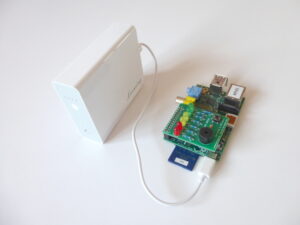 Once it was charged I got ready for the test. The Pi was setup with the following equipment :

The Pi was networked and I used Putty to connect to it from PC. This terminal was used to set off the Python script with the following command : 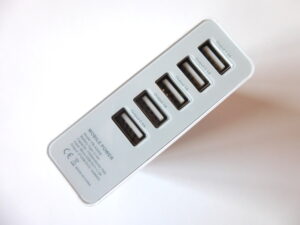 The Lumsing pack lasted 19 hours 22 minutes (1162 minutes). This is almost 30 minutes longer than the prediction. The Pi isn’t doing much in this test but it showed the Lumsing was in the same league as the RAVPower.

Here is a set of additional photos I took of the battery pack and my Pi setup: