Today news of a new Raspberry Pi model has been confirmed by the Raspberry Pi Foundation. It was revealed last night by various social media channels, blogs, and RS Components sites. These included Hackaday.com and the German RS Components site. According the Hackaday someone was sent a “Model B+” by Element14 before the official launch date and this resulted in leaked photos.

The new device is called the “Raspberry Pi Model B+” and includes a number of different updates. The CPU/GPU and 512B RAM remains unchanged.

Here is what the new Model B+ looks like :

The most obvious changes from the original Model B are : 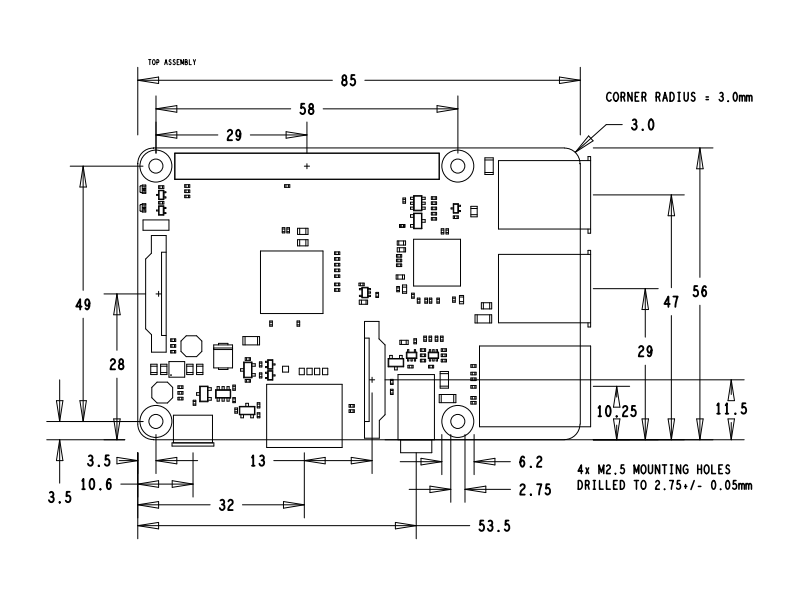 The Model B+ comes with a 40-pin GPIO header. Here is a diagram showing the pin-out. The first 26 pins are the same as the header on the standard Model A/B :

The PCB is marked as “Made in UK” so presumably it is being made at the Sony factory in Wales.

If you weren’t following one of our social media channels you would have missed this news as it broke hours before the official launch!