After my “Building A Castle In Minecraft With Python” article I wanted to create a Minecraft game that was a bit more interactive. The “find a diamond” type game had already been done so I decided to do a slightly different version with a time limit.

The script randomly places a number of TNT blocks around the map and the player has to find and destroy them all before the timers run out. As in my castle script you can dive in and start adjusting the Python code to change the game play or implement your own ideas.

In order to make use of this script you will need have Minecraft installed on your Pi with the Python API ready to use. Follow these tutorials if in doubt :

The game script needs to be placed into the directory created when setting up the API. In the API setup tutorial linked above I use /home/pi/mcpi-api. You can download the script directly to your Pi using using :

Alternatively here is a link to the Python game script. 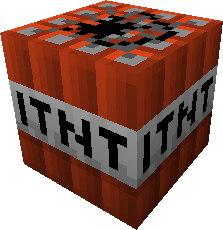 Launch Minecraft on the Pi and create a new world. To free the mouse cursor you can press the TAB key.

To run the game you will need to launch the script either from an LXTerminal window on the Pi or a command line on a remote machine that is connected to the Pi (i.e. using Putty).

Navigate to the API folder that you copied the script into and execute it.

Adding a number after the script will set the number of devices to generate. For example :

will generate 7. If you do not specify a number the default is 3.

Once the script is running you should see messages appear in your Minecraft window. You will be told how many devices are out there as well as status messages.

The devices are placed in random positions around the map. Devices on land will be buried under the surface whereas devices in water will rest on the sea-bed. Each device has a randomly generated timer ranging from 80 to 180 seconds. 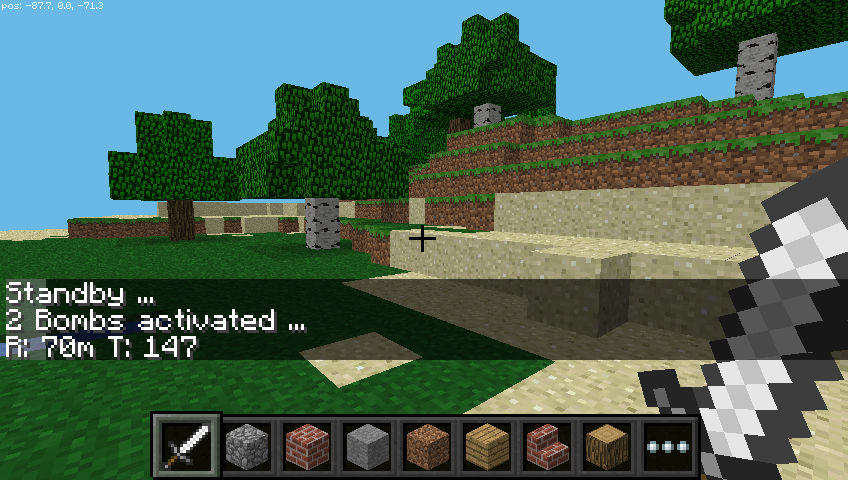 When you destroy a device you will get bonus time added to all the remaining devices. 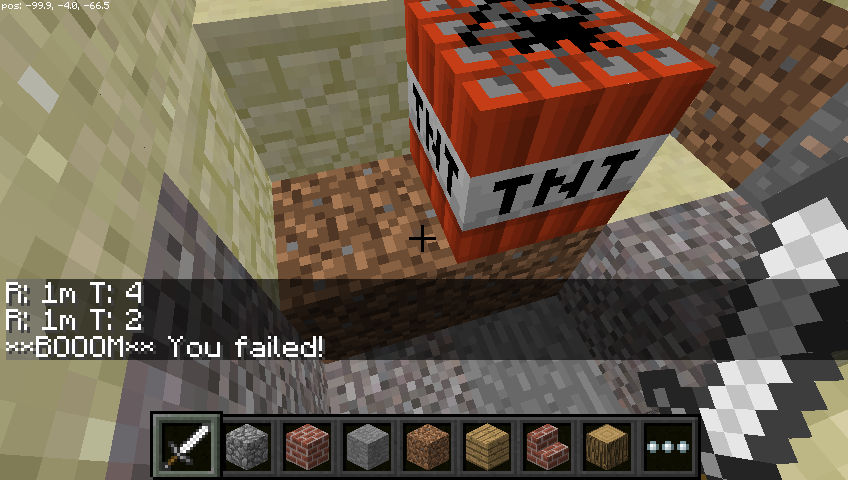 Find and destroy all the bombs before you run out of time!

One of my reasons for creating this script was to test my new PiFace Control & Display add-on. This allows you to easily add a 16×2 LCD screen to the Pi with switches. Within the script you will find 5 lines that relate to configuring the PiFace and outputting messages to it. 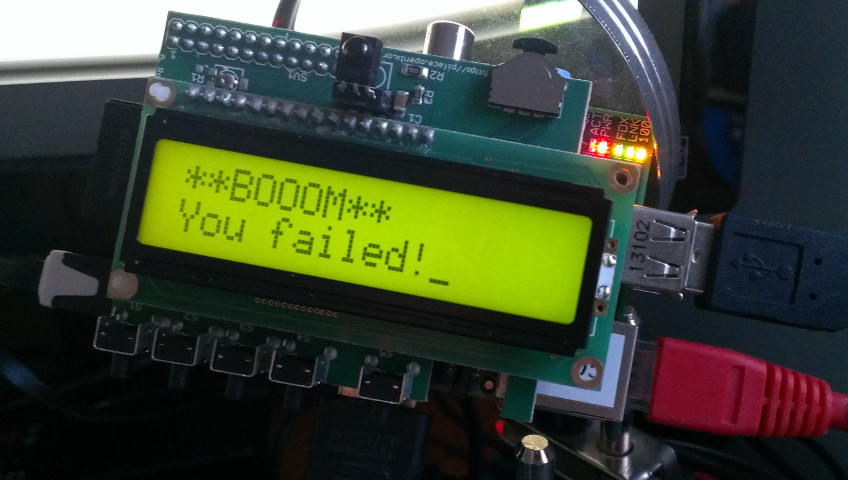 If you want to use one then remove the # symbol from the front of the following 5 lines :

Have fun and happy hunting!