Recently I was sent a new USB Power Bank by Lumsing. Rather than test it in isolation I decided to test against the three existing battery packs I already had. This would give a better point of comparison but would also allow me to revist the performance of the devices I tested when they were new.

As a bonus I would also be able to assess the energy consumption of the Model B+.

As with previous tests I used my standard method. It uses a Python script that lights up LEDs on a BerryClip add-on board. This draws an extra 5mA via the GPIO header and ensure the Pi is performing some work. The LEDs also give a good indication that the Pi is working during the test period. 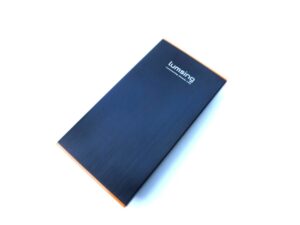 The new kid on the block is the Lumsing PBJ-6200 6000mah Ultra Slim Portable Power Bank. It has two USB outputs rated at 1A and 2.1A. It can be charged with a standard microUSB charger. It’s the smallest and sleekest battery in the group and is cased in a metal shell.

There were a few conclusions I made after completing these tests :

The results are consistent with the estimates provided by my Pi Power Estimator App.

I think USB Power Banks are a great product to own because not only can you use them for Pi projects but they are useful to keep your phone charged when you are away from home.

What device you choose will depend largely on the capacity you require but beware of inflated capacity claims especially if buying from eBay. With the release of the Model B+ things are looking even better for portable Pis everywhere!