OK so people keep waffling on about the Raspberry Pi. They say it’s sold 4 million units, is being used to teach real kids in real classrooms, has a load of free resources and a World wide fan base but what’s so great about all that? According to the respected Fox News entertainment network it “can’t even play World of Warcraft”.

Here I take a look at the Raspberry Pi and explain why it sucks. Bad.

Then there’s the power supply. £5 might not seem much but you also need a power socket to plug it into – hardwired to the National Grid. That means property. In the UK “property” averages £180,000. Fact.

The total? £180,150. Not so cheap now is it? That’s also ignoring the that all property is theft and you are expected to let your kids actually “own” one of these things.

Apparently the Pi is the “size of a credit card”. Only it isn’t. It is at least 20mm thicker than a credit card and that’s including the bumpy lettering. So if your current computer is the size of an actual credit card and you innocently buy a Pi to replace it you are going to find it won’t fit. That’s a bitter pill to swallow when you’ve spent the thick end of £180,000 already. You might as well go for that Microsoft development thing which is only four times bigger.

Just like my car, TV and mobile phone I like my hardware completely open. I don’t want to use anything that I haven’t got access to the raw blueprints down to last bit of silicon. 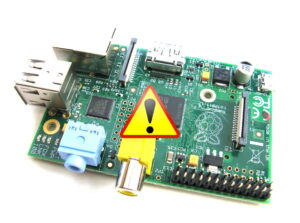 Ford, Intel and Apple are happy to hand over their intellectual property so why won’t the Raspberry Pi Foundation? Publishing PCB schematics, GPIO references and tons of educational material is hardly much use to the average user who simply needs to know how the atoms are arranged on the CPU.

Like most people I need full access to the binary blob. I don’t know what a binary blob is but that’s only because it’s being hidden from the populous by dark forces.

If it’s not open there is clearly a sinister masonic-new-world-order conspiracy at play. If you think that’s ridiculous that is only because that’s what they want you to think!

The Pi market is saturated with useful add-on boards and accessories. You can’t go a single day without someone releasing a new, reasonably priced device for the Pi. The range of raspberry pi cases is staggering but why? Computers should either come in black, white or classic beige. Only the other day I saw a Pi user encase their “credit card sized” computer in a blue case. BLUE! Since when has blue ever been associated with computing? If people wanted blue computers they would go to PC World and buy a blue one. Googling “raspberry pi accessories” gives 1,570,000 results. Who the hell wants to invest in a device with such a massive selection of extras? There are actually entire companies devoted to supplying people with this stuff. Where’s the fun in buying an electronic device from the internet only to find it is supported with a staggering range of stuff 3 years later?

The community sucks. How are you meant to get any peace when there are thousands of like-minded individuals creating resources, sharing projects and generally helping each other out? You can hardly search for anything with “raspberry pi” in the title without getting millions of hits, tweets and Google+ posts. I much preferred the #raspberrypi hash tag in 2011 when it was used for mathematically related fruit jokes. The whole thing is sickening and something I’m glad has been largely ignored by the Pi’s competitors. 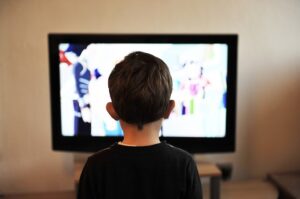 The Pi was created to educate young people in computing, help introduce them to programming and inspire the next generation of engineers. What a load of ****s. This is simply going to contribute to an increase in the technical competency of a whole generation resulting in a boost to the national economy. More money for the Government to waste. Further more some kids are going to spend the rest of their lives pursuing a career in something they are passionate about but might otherwise have not considered. It may even result in an increase in the number of female scientists and engineers creating a diversity that boosts innovation. All simply because a few million experts and academics have “proven” it to be true. These are the same “experts” who claim pumping toxins into the environment is a bad idea. If you want to teach kids computing you can probably just download an app or let them type recipes in Word. It can’t be that hard.

What kind of crazy individual would consider this horrible nightmare scenario worthy of our support?

Here are some heart wrenching stories from some Pi casualties :

“I saw the Pi advertised as a cheap educational tool for helping kids learn programming. So I bought one. After trying to use it as a replacement for my $4000 desktop CAD workstation I discovered it just isn’t suitable for an entire list of everyday educational tasks. “Safety critical nuclear power station cooling system regulation”, “real-time 3D architectural graphics rendering” … the list goes on and on!” – Joe King

As if that tale isn’t bad enough here’s Stu’s story :

“I bought a Pi and wanted to light up an LED. I had to buy an LED. And a resistor. I learnt how to solder and a bit about p-n junctions. Cost me $2. That’s the sort of sting in the tale they don’t mention on their website” – Stu Pit

As I type this article on a computer, to be stored on a computer for you to read on a computer I still fail to see why everyone is making such a big fuss about teaching “computing”. Anyone would think planet Earth revolves around computers LOL!

So hopefully this article will help prevent you making the catastrophic mistake of buying the World’s most popular mini computer and actually learning something.