On Saturday I went to the Digimakers event hosted at At-Bristol which is the city’s interactive science centre. I’ve been to a number of these events before and they are always worth a visit. I had my son in tow and I had signed him up for a couple of the free workshops.

We opted for “Beginners Puzzlescript” and “Beginners & Intermediate Lego Robots”.

I had never heard of Puzzlescript before but it is a simple browser based system for creating puzzle games. With a bit of support my seven year old son managed to create a basic game. It is definitely worth taking a look at and you can get started without any frustrating registration process. It’s also possible to download for off-line use. The Puzzlescript Gallery will give you an idea of the sort of games it’s capable of creating. 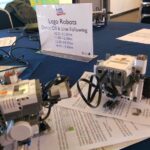 The other workshop involved programming LEGO Mindstorm robots. This was complicated slightly by my son dropping his and resulting in a rebuild. The advantage of a LEGO robot is that it went back together again without any fuss. This was the first time I’d ever seen the Mindstorm system up close and it was quite impressive. It’s obvious to see why it’s popular in the educational environment. The challenge with younger children is focusing on an idea and then implementing it in the software design tool. They tend to be drawn to the sound and screen modules more than the motors and sensors. 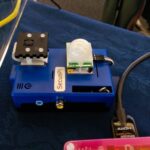 The MagPi had a table which taunted me with a Limited Edition Blue Raspberry Pi. Some day I’ll get one of those for my collection. They also had an HDMIPi screen and a Pi based “SecuriPi” camera unit 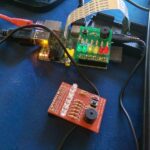 Personally I was very happy to see a few BerryClips in the wild thanks to Sam Franklin (@SamRFranklin). He was working on a Raspberry Pi camera project involving optical character recognition with the assistance of some fellow programmers.

Another interesting project was the “LAZEY Projector”. This used a Raspberry Pi and a collection of other hardware to project images and text on a screen using a green laser. 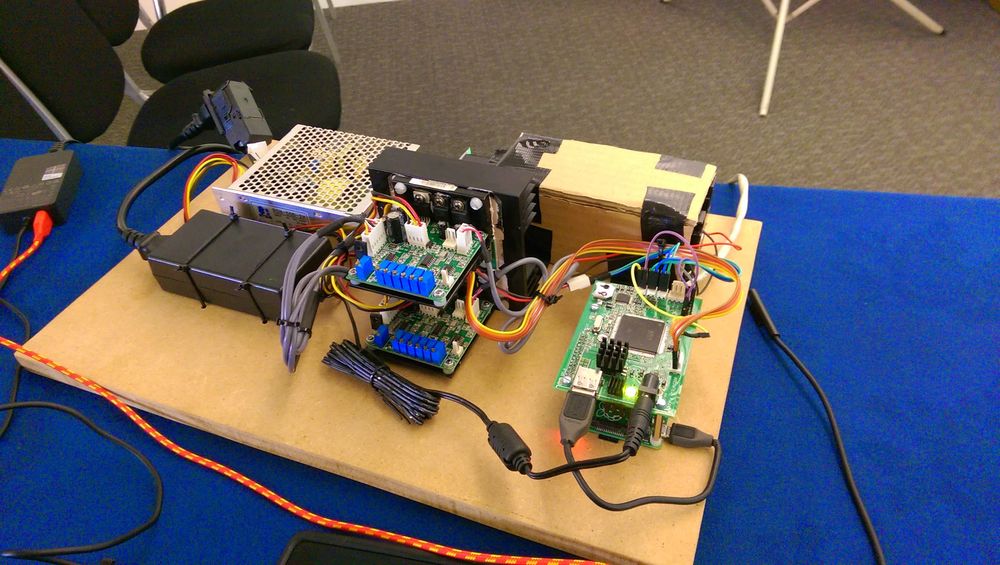 It was hard to take photos of the projected image due to the refresh rate but the LAZEY Projector website has some better examples.

There were plenty of other activities but I didn’t quite have the time to investigate it all.

Thanks to all the volunteers who organise the event and run the workshops. It’s not easy dealing with so many random children and your help is very much appreciated!

Here are my photos :