The main changes are :

All the other features remain unchanged :

The price point hasn’t changed at $35. 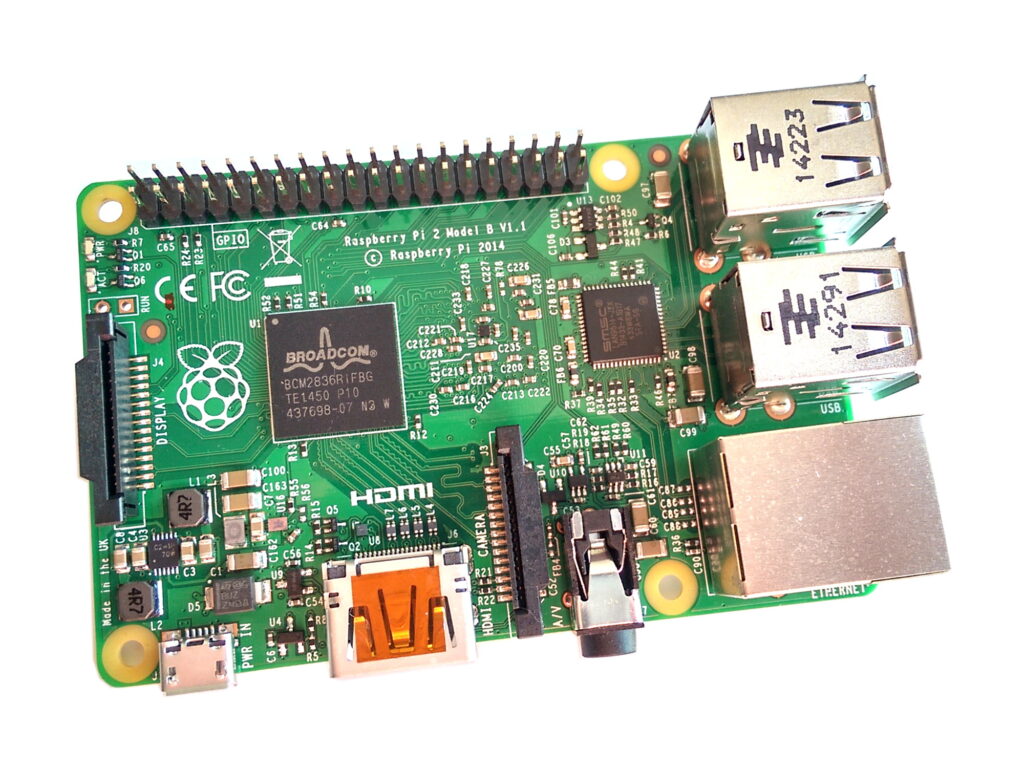 In order reduce power consumption the CPU can reduce its clock speed to 600MHz.

Due to the upgraded System-on-a-chip (SoC) the Pi 2 will be able to a wider range of operating systems including Windows 10. That will either have you laughing or crying with delight depending on your view of Windows. As a Windows 7 user it’s great news as far as I am concerned.

It will also be free of charge and there are more details on the Windows Developer Center.

Here is a video of the press conference given at the launch of the Pi 2 :

The improved speed and power of the ARM A7 is only going to improve a whole host of appliances especially for users using the Pi for media applications. Benchmarks vary but it is being described by some as 6x faster than the previous Pi.

The Raspberry Pi 2 Model B is now listed on the Foundation’s Official Products Page.