The BH1750 device is a digital light sensor which uses the I2C interface. This allows it to be connected to the Raspberry Pi with only four wires.

The module allows quick and cheap ambient light level measurement and the light level can be read from it as a digital number due to the built in 16-bit analogue-to-digital converter. The device itself is commonly used in mobile phones, LCD TVs and digital cameras. 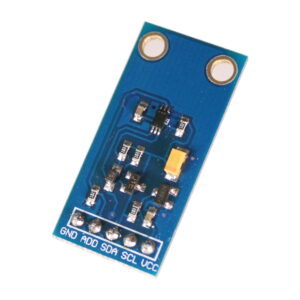 The module I’ve got measures only 32 x 16mm. I soldered a five pin header onto the PCB and this allowed me to plug it onto a piece of breadboard.

The BH1750 Ambient Light Sensor IC datasheet provides all the technical details some of which are used in my example Python script.

The following table shows how I connected the module pins on the PCB to the Pi’s GPIO header (P1). Please refer to my GPIO header guide for a diagram.

Here is a diagram of a breadboard setup. If you are connecting the module’s five pins directly to the Pi you only need five female-female wires. 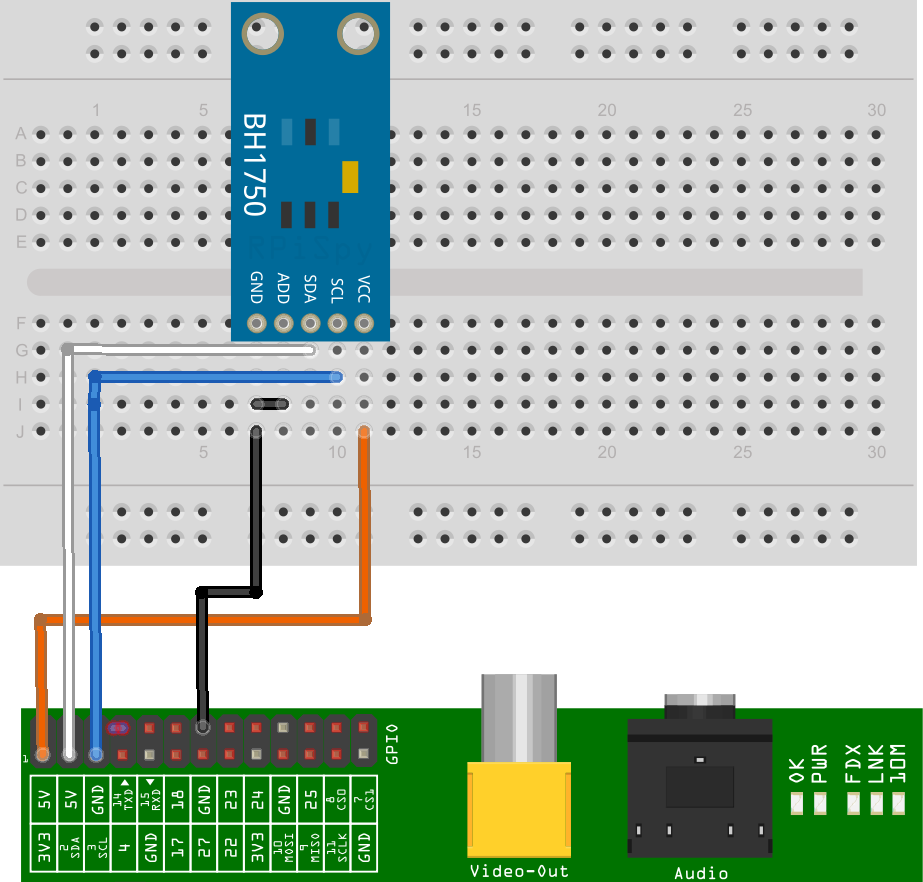 This Fritzing diagram uses a custom part I created for my module. Other modules may have a different pin arrangement so make sure you are connecting the correct pins to the Pi if yours is slightly different.

With the device connected and the Pi powered up the “i2cdetect” command should show the device with address 0x23.

You can download an example script to read the light level from the module and print it to the screen.

Use the following command :

or use this link in a browser.

In order to run it you can use : 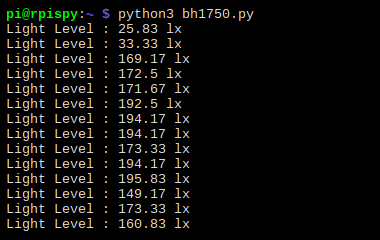 The while loop keeps taking readings every half second until you press CTRL-C.

The module is available from various online sellers :