Although much of the Pi world was talking about the Birthday Party over in Cambridge some of us helped keep the fires of creativity burning in far corners of the UK. In my case Bristol. Which isn’t really a corner but you get the idea.

The Digimaker volunteers, At-Bristol, the British Institute for Computing (BCS) and the University of Bristol laid on another great event with plenty of workshops aimed at young children. They got booked up very quickly but I managed to grab a place for my son on the “Beginner & Intermediate (9+) – PiStops: Traffic Light Control with Scratch” session. 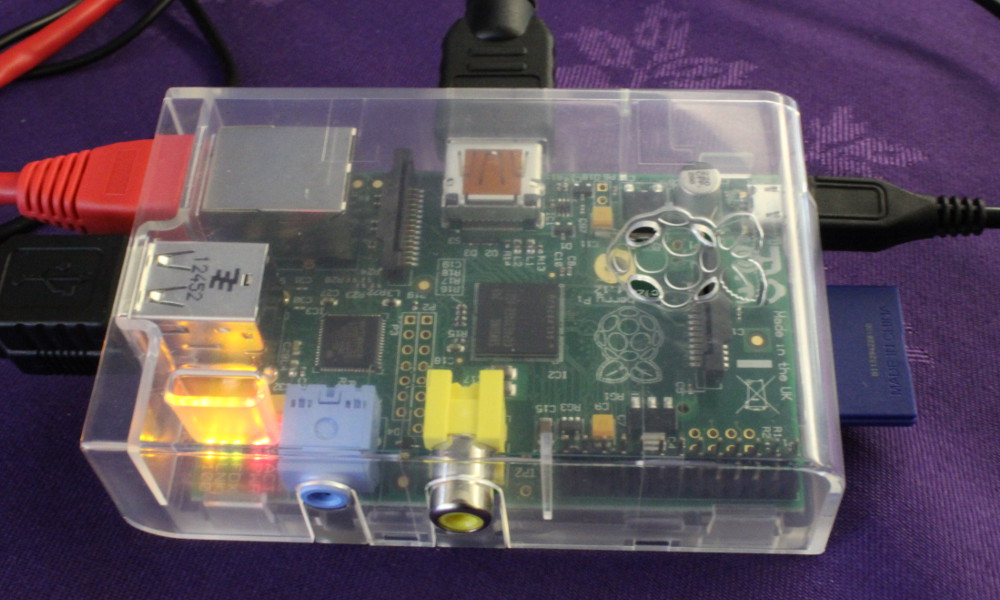 The workshops ran at various times and included : 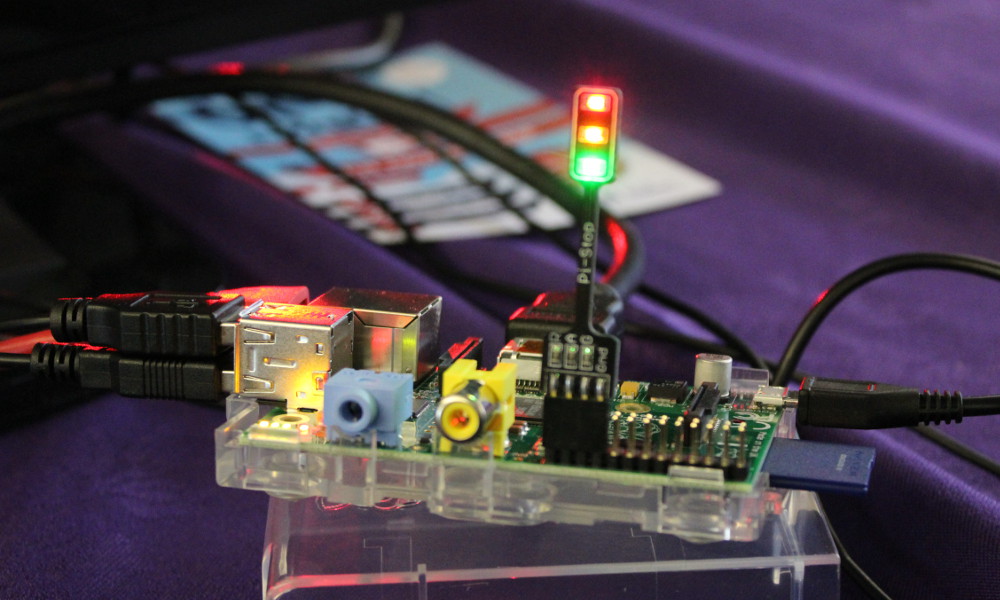 This workshop made use of a Pi-Stop traffic light add-on accessory from 4Tronix. One of the volunteers who ran this session was Tim Cox (aka @rsstab) who helped develop the Pi-Stop. He also wrote the book “Raspberry Pi Cookbook for Python Programmers” and volunteers for the The MagPi magazine. It used ScratchGPIO to create a traffic light sequence using the LEDs on the Pi-Stop 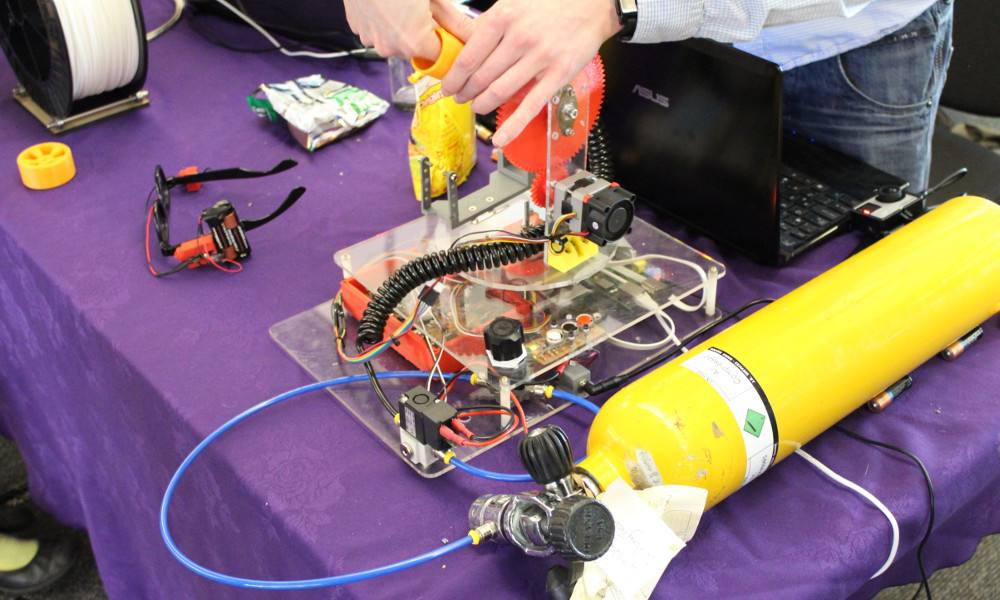 The University of Bristol demonstrated a compressed air sweet cannon which was controlled by a Raspberry Pi. A kinder-egg style plastic capsule was loaded and a Nintendo Wii remote was used to aim the servo controlled barrel. At the press of a button a blast of air shot the capsule at the expectant children.

No one lost an eye. 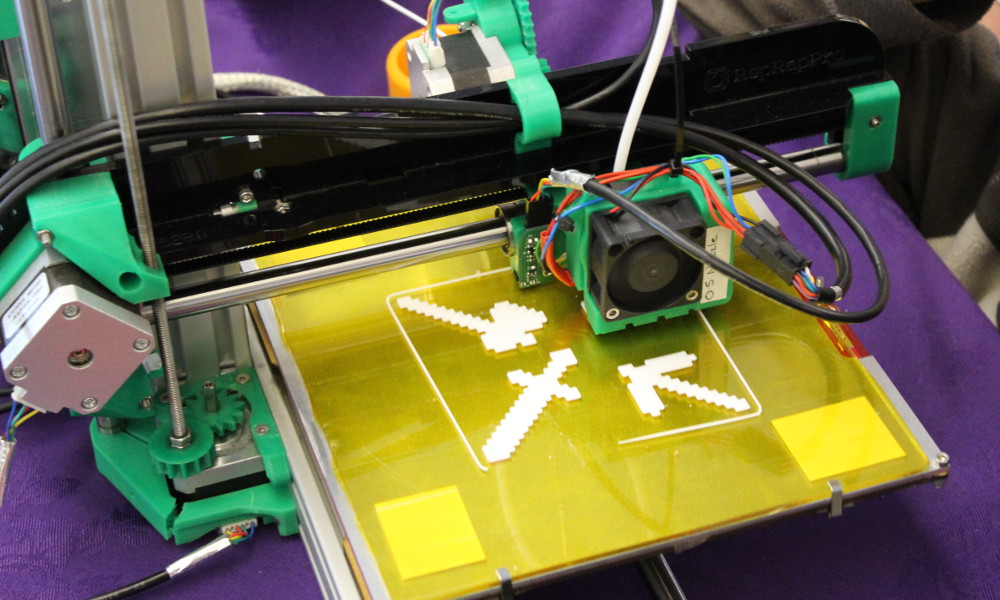 One of the demonstrations laid on by the University of Bristol students was a 3D printer. Nothing to do with the Raspberry Pi but still interesting. 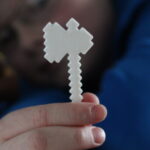 My son requested a custom job and the students were happy to find a suitable model on the internet. The Minecraft objects drew quite a lot of attention from the younger attendees. I overheard one boy explaining that this was amazing because you could print your own toys. For free! His mother wasn’t quite so enthusiastic as she knew 3D printers and the consumables are far from “free”. 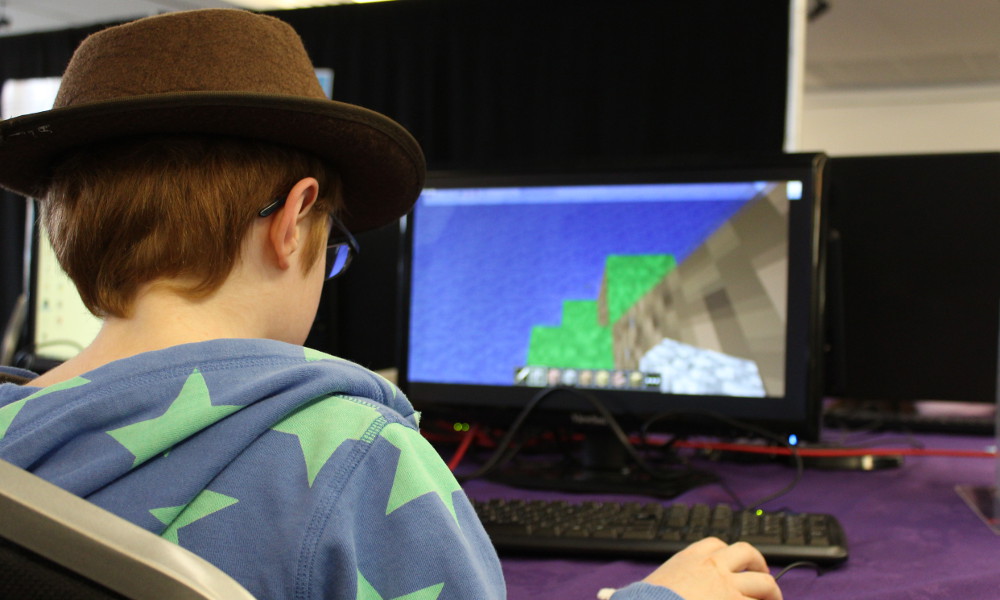 No one knows why this workshop is so popular. That’s a lie. Of course we know. Anything with “Minecraft” in the title gets noticed. Luckily there was a free place in the last session and my son had fun running the provided Python script to automatically generate buildings. I showed him how to tweak the code to build structures with different materials and we used my Minecraft Block ID reference to look up the block references to feed into the function. This was a great way of explaining the power of reusable functions but he wasn’t listening at this point. He was busy building a house with diamond walls and floors made out of melon.

What worked really well at this event was the number of spare desks and Pis available. There seemed to be far more children, doing more typing, more of the time than other events.

If you are in the Bristol area then look out for the next Digimakers event!