Piper is a new Raspberry Pi based toolkit aimed at helping young people learn about technology by using Minecraft as a platform to engage kids in problem solving activities. The product has launched on Kickstarter and is proving extremely popular!

There are a number of pledge levels including one which doesn’t include a Pi for $99 but you’ll need to be quick!

To get a good idea of what it is all about it’s best to take a look at the four minute Kickstarter video :

The idea is that a child would first start by building the case before turning on the Pi. The software then leads them through a series of stages to get them up and running without needing to read an instruction manual. This means the child will get a strong sense of achievement as they make progress.

Minecraft has always been popular in the Raspberry Pi world because kids (and adults) love it. Getting my son to sit on a chair to learn something is impossible. Throw in Minecraft and that barrier evaporates.

The electronics projects are constructed to solve problems in the Minecraft world which makes the whole experience far more interesting.

The enclosure is made up of laser cut wooden parts with all the fixings to hold it together. Wood is perfect for modifying so there is plenty of scope for drilling it, painting it or sticking stuff to it at a later date. 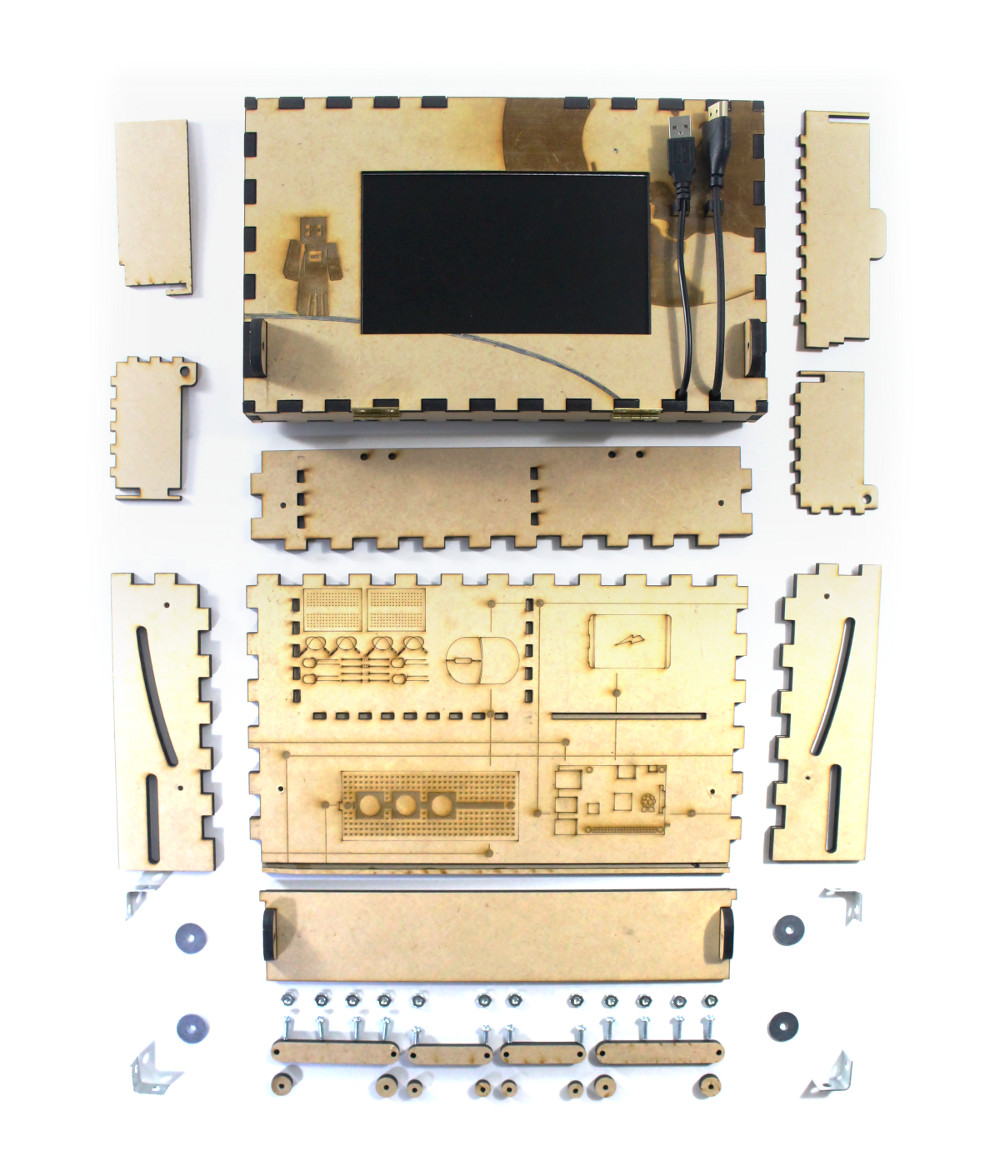 Building the case is part of the fun and the kit includes a screwdriver to get you started without requiring a trip to the shed. This is what the complete kit looks like : 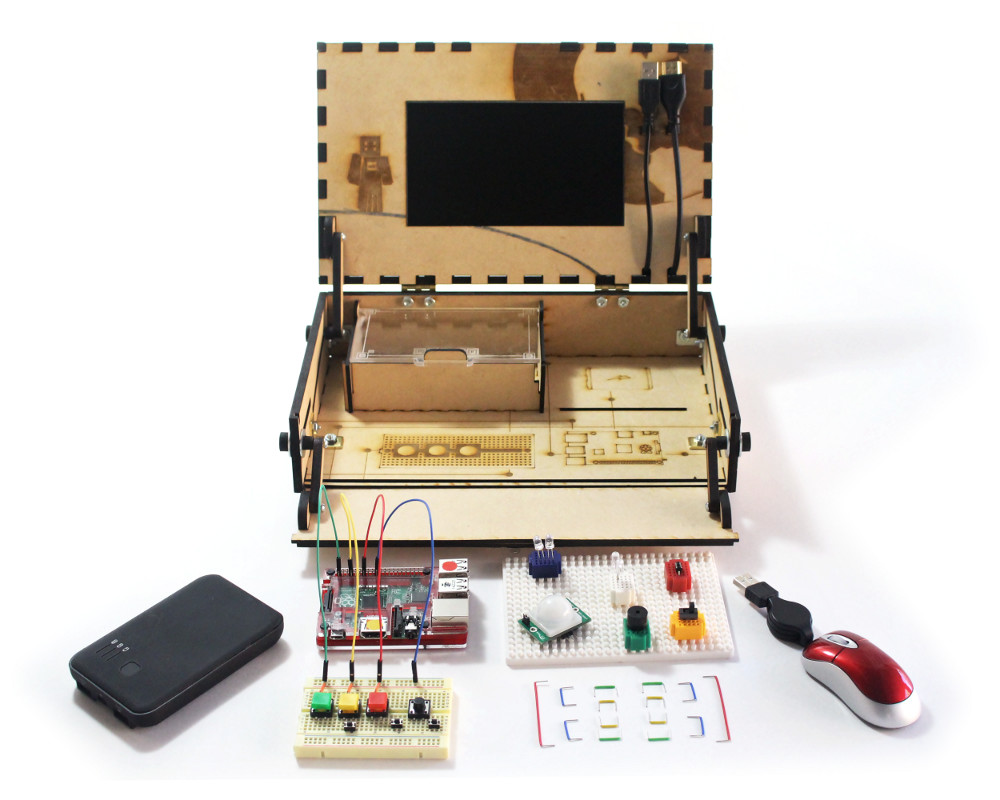 There is nothing to stop you buying a breadboard and doing electronics projects yourself but the killer feature Piper brings to the party is the interactive software. Electronics is fun but it’s a challenge getting kids to see that before they loose interest. The Piper system stands a much higher chance of keeping them interested right from the beginning.

At the time of writing the project is 460% funded so it’s just a case of who gets to order one before the Kickstarter project comes to an end on April 4th 2015!

Introducing the Raspberry Pi 3 Model A+