Despite the rain we made our way to AtBristol for another Digimakers event. On the way through Millenium Square we spotted Andy from CBeebies’ “Andy’s Dinosaur Adventures” but we didn’t have time to say hello and he was busy singing a song to a live audience and TV crew.

This time we signed up for :

The full list of workshops is available on the Digimakers event workshop page and included Lego Mindstorm robots and games programming. I didn’t have much time to wander around between the workshops but I did get to talk to Colin Deady (@ethicalwebsites) who was manning a stall. He had a PaPiRus ePaPer HAT by PiSupply on show : 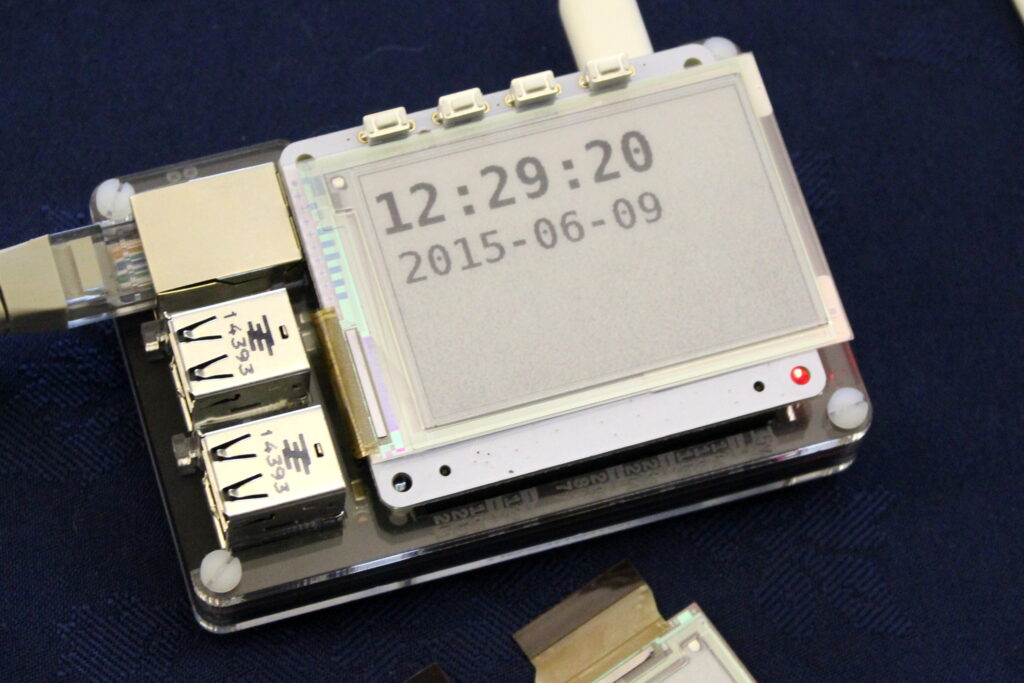 as well as a Unicorn HAT by Pimoroni. 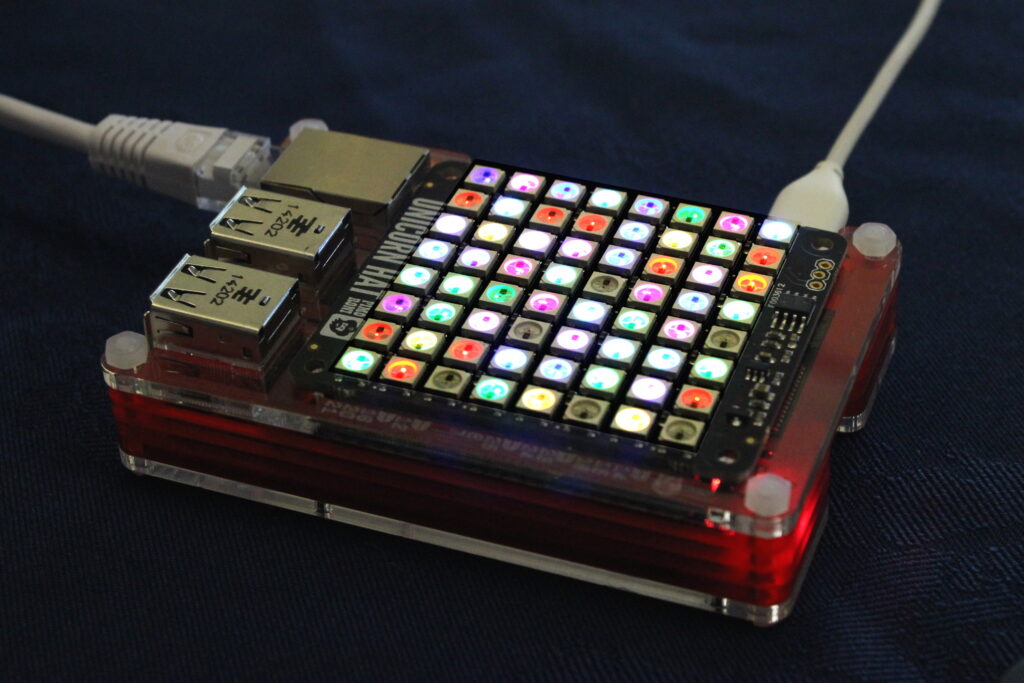 Colin also had his little Model A+ robot on the table. It’s called “Zumo George” and is very sweet. 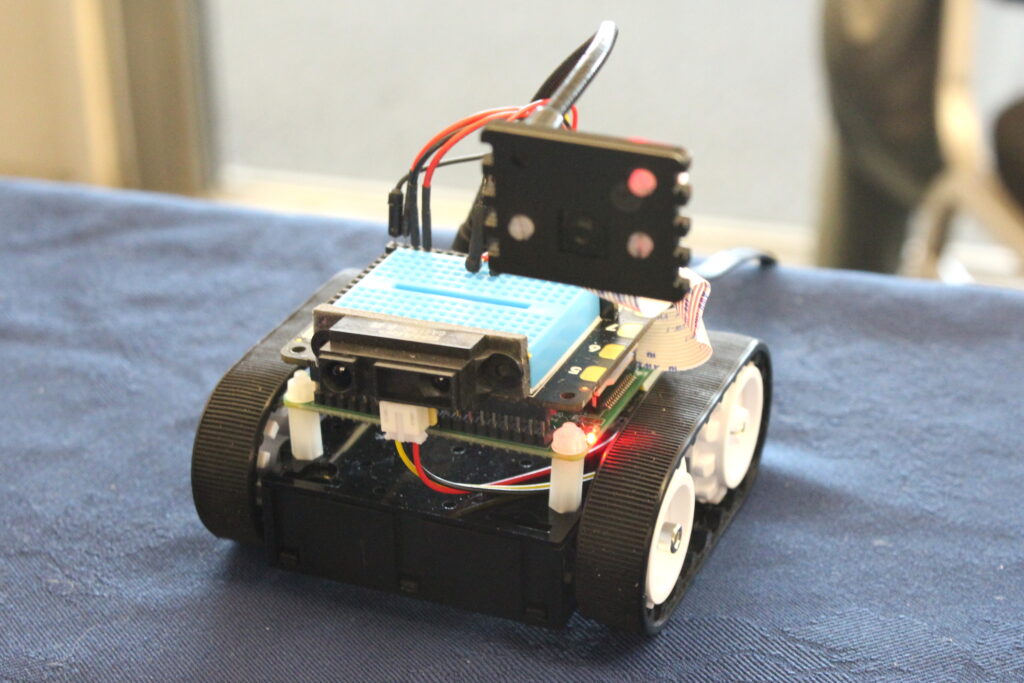 The first workshop we did was hacking Minecraft with Python. We’ve done it before but it is always something my son is interested in. I have to try and keep him focused on the activity rather than running around playing but he likes the way you can make changes in the example scripts to make changes in the game world. 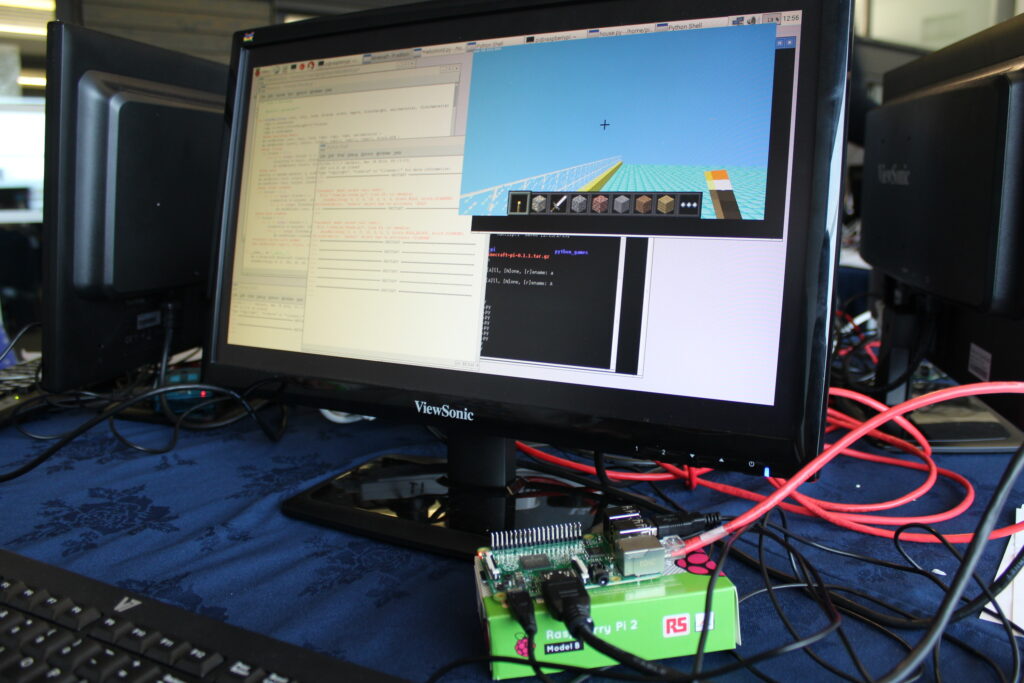 The next session we attended was the PiBot robot workshop run by Harry Gee from PiBot.org. It was interesting to see his Tiddlybot in the flesh having been one of people to have discussed his plans for it at The Beaufort Arms in Bristol. 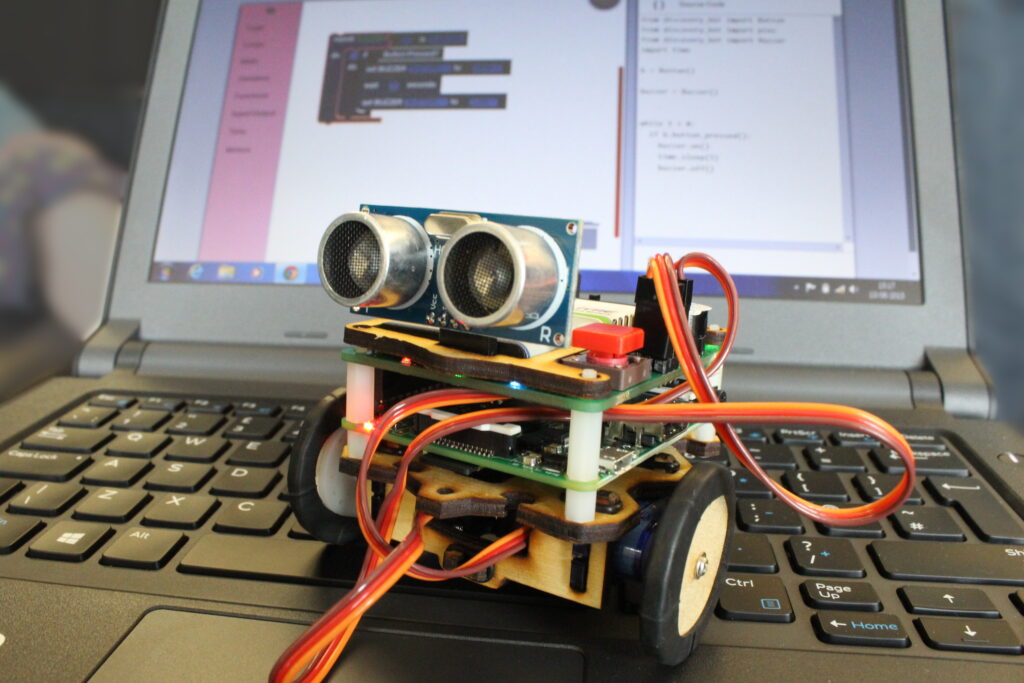 The Tiddlybot has holes in the back for fixing felt tip pens so you can draw on paper but we didn’t have time to give that a try. My son persuaded me to buy the basic Tiddybot kit on the strength of its easy to use software system and the compact size. We’ve got a new kitten in the house so I suspect our Tiddlybot is going to be dragging a toy mouse around in a preprogrammed sequence before the day is out …

Digimakers is a free event but you have to signup for tickets for the workshops. They are extremely popular and spare places don’t last long. Visit the Digimakers website to keep up to date with future events and announcements.

If you have attended in the past and/or appreciate the fact these workshops are provided free of charge please consider donating something to help support future sessions. I’m sure any donations regardless of amount would be gratefully received.