Over the years I’ve used plenty of SD cards from various manufacturers at various prices. I never seem to have a spare card when I need one so I decided to buy a small selection and benchmark their performance. I was curious as to the differences and thought other people would be interested in the results.

All the cards were new, microSD and, apart from the official NOOBs card, 16GB in capacity. I went for 16GB so they would be useful in the future in any other media devices while being a sensible price.

* The price is the amount I paid excluding post and packing. This obviously varies depending on supplier and what else you are ordering at the time. The Official Pi card was £5 delivered to my house while the others came from Amazon where the postage scheme is a bit more complicated!

In order to give each card a fair chance I tested them on both my Windows 7 desktop PC, my Ubuntu laptop and a Raspberry Pi 2. On Windows I used CrystalDiskMark which is a free disk benchmark utility. On Ubuntu I used the standard “Disks” utility which has a benchmark facility. On the Pi I used the command line technique detailed on the RPi Wiki. The test sequence looked something like this :

I used the same card readers and when I needed to use a microSD-SD converter I always used the one that came with the NOOBs card.

There are lots of fake SD cards out there. I only purchase SD cards from sellers I trust but I tested all five cards using H2testw 1.4 to double check. Without checking using this tool you won’t be able to spot a fake card until it is too late. They all passed *phew*. As the checking involved writing over the entire card and then reading it all back I captured the read and write speeds reported after each test : 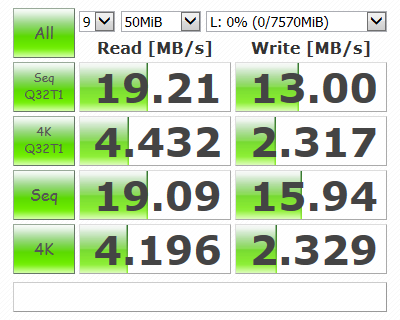 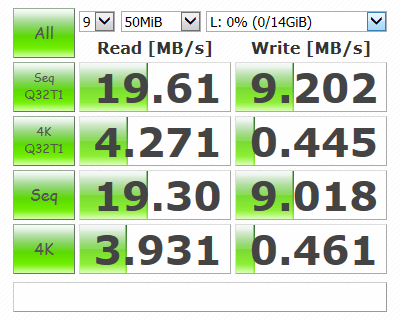 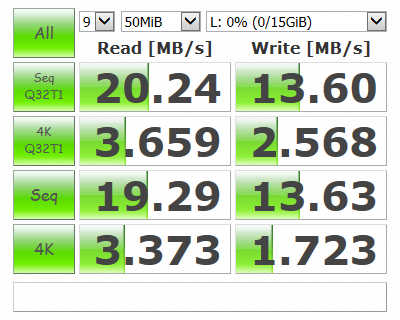 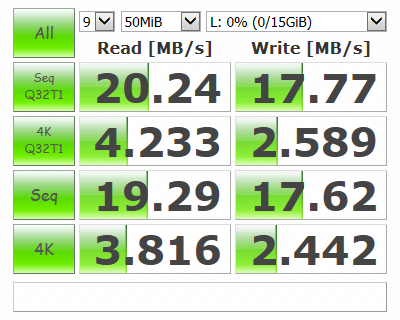 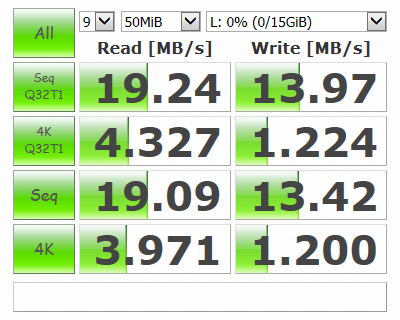 The table below shows the results :

The Ubuntu “Disks” utility includes a feature to “Benchmark Partition”. I ran this test using 100 samples/1MB sample size. The table below shows the results :

The final test was booting the card in a Raspberry Pi 2, extracting the device’s CID and then running some basic benchmarking. The commands for doing this are documented in the RPiWiki.

To read the card’s CID I used :

To measure the write speed :

To measure the read speed :

Finally I deleted the temporary file created by the above commands.

The table below shows the results :

Averaging the ranks in all tests gives up the final ranking :

What my tests showed was that there is very little difference between the cards. I would be happy to use any of them in my Pi projects. Some of the differences are so slight I’m not sure I would ever notice in reality.

If I need more cards I would be happy picking one of the top three depending on availability and postage charges. The Samsung EVO and Kingston aren’t bad cards but I’ve just got no reason to favour them over the others.