The Lumsing Grand A1 Plus power bank is a large USB power bank with a capacity of 13400mAh. I’ve been using it for a few weeks with my mobile phone but today I decided to see how long it would run a Raspberry Pi 2 for. The difference in power consumption between the other models is fairly predictable now so I didn’t plan to run the test with a Model A+/B+ to save time. Although I may use this battery to test my new Pi Zero.

It has two USB outputs with a maximum current of 3A which makes it ideal for heavy duty Pi projects. 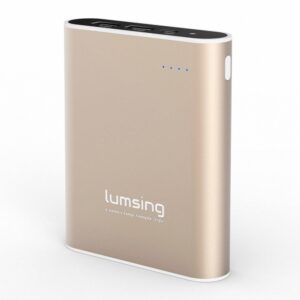 Here are the overall specifications of the Grand A1 Plus :

The device is rectangular in shape with rounded sides. The case is aluminium with both USB sockets at one end. It includes an LED so you can use it as a torch by holding down the power button for three seconds.

Unlike the cylindrical power banks the flatter sides on this one make it easier to stick or strap down in your Raspberry Pi creations.

The four blue LEDs indicate the overall charge in increments of 25%.

Using the Pi Power Estimator Android app I predicted a runtime of 1796-2245 minutes using a Pi 2 Model B. That is with Ethernet active and a BerryClip on the top running an LED light sequence via a Python script. 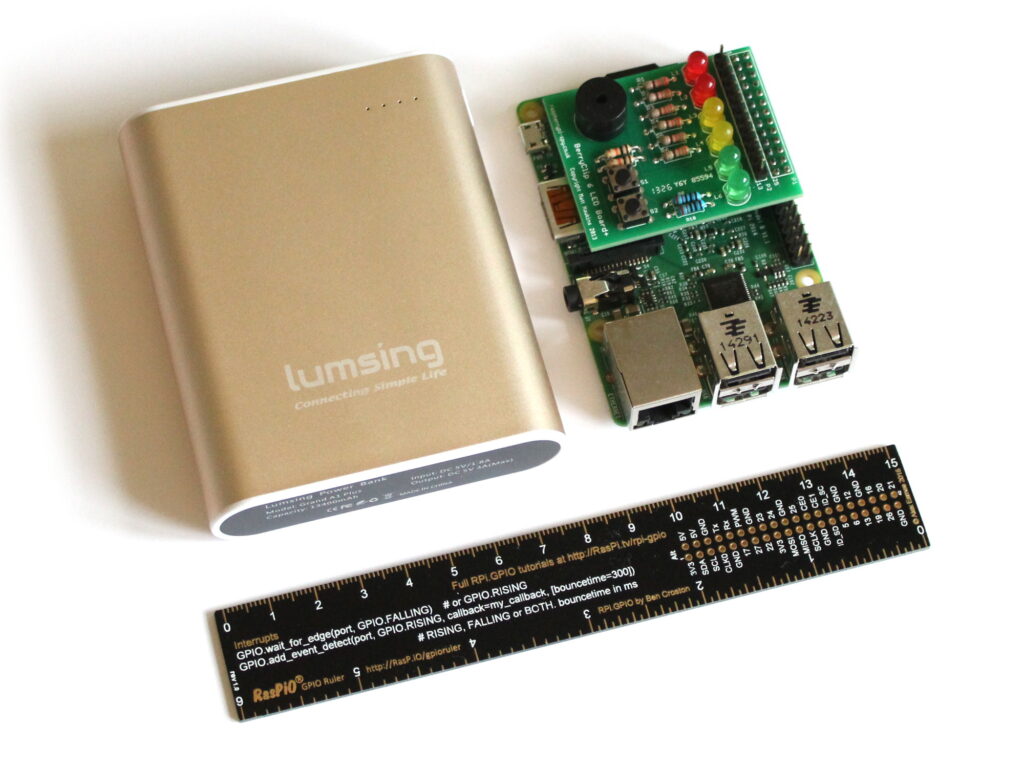 The script I ran on the Pi is available from here :
https://bitbucket.org/MattHawkinsUK/rpispy-berryclip/raw/master/battery_uptime_test.py

Here are the final results :

A Raspberry Pi Model A+ with WiFi should give in the region of 36 hours (2170 minutes). 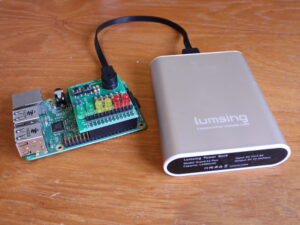 This is lower than I would have expected and was hoping to see it exceed 30 hours. I measured the current draw and it averaged 236mA over an hour.

However for Pi projects the stamina is only one factor I would take into account when choosing a battery. Weight, shape and cost are also important. In the case of the Grand A1 the maximum current output of 3A may also be a consideration when compared to other devices which are often limited to 2A.

The Lumsing Grand A1 Plus is available from Amazon.