The Raspberry Pi 3 Model B is here! It boasts improved performance, connectivity and power management with a 64-bit CPU and on-board WiFi and Bluetooth. The price is expected to remain at $35 which translates to £30 in the UK (inc VAT). 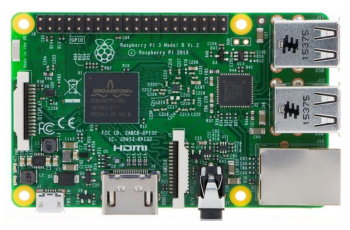 Here are the specifications :

The main differences are the quad core 64-bit CPU and on-board WiFi and Bluetooth. The RAM remains 1GB and there is no change to the USB or Ethernet ports. However, the upgraded power management should mean the Pi 3 can make use of more power hungry USB devices.

In terms of size it is identical to the B+ and Pi 2. All the connectors and mounting holes are in the same place so all existing add-ons, HATs and cases should fit just fine although the power and activity LEDs have moved to make room for the WiFi antenna. 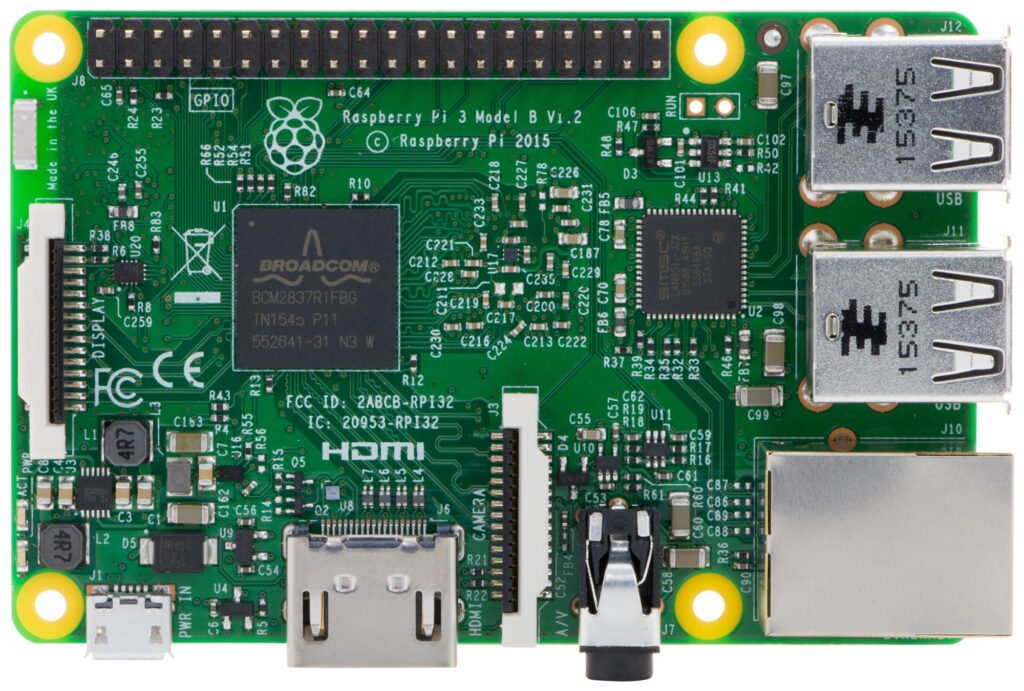 Not surprisingly Alex Eames of RasPi.TV has got a video of the new device :

and TheRaspberryPiGuy isn’t far behind with his take on the Pi 3 :

Rumours of a new Pi had started circulating a few weeks ago but were confirmed when a graphic was published showing the next issue of The MagPi. Coupled with details on the FCC site and inside the latest CPC catalogue the cat was well and truly out the bag and running down Twitter Street. 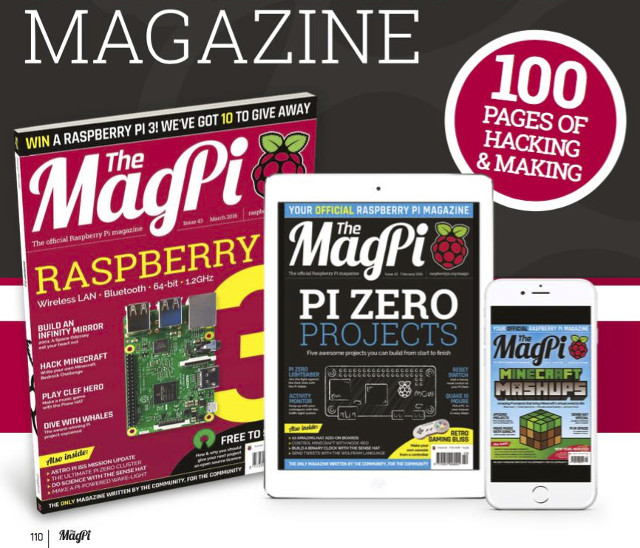 The specifications were available in a Farnell datasheet that has since been removed. 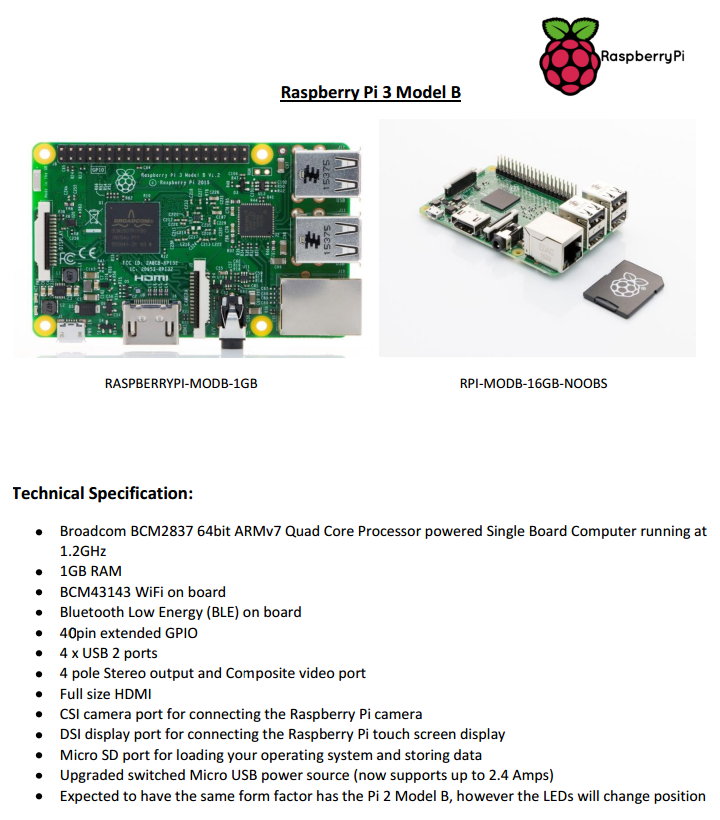 The datasheet incorrectly listed the processor as being an ARMv7 but as others have pointed it there is no 64-bit ARMv7 and it’s actually an ARMv8.

The Raspberry Pi 3 Model B is available from RS Components and Element14 plus distributors such as CPC, The Pi Hut, ModMyPi and Pimoroni.