Today the Raspberry Pi Foundation has announced a new set of camera modules for the Raspberry Pi. The new devices contain a new Sony camera sensor and pack 8-megapixels into the same tiny board. As before there is a standard camera and one that is better suited for use with IR lights. The price remains the same at a reasonable $25. 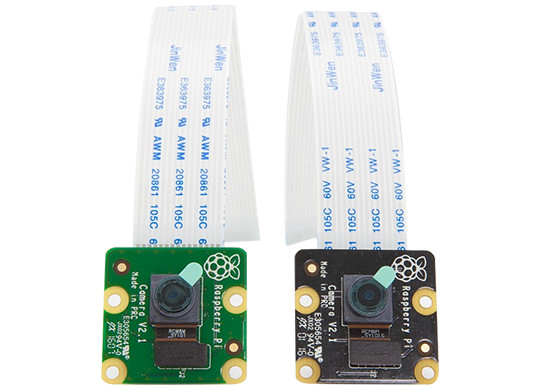 The dimensions are the same and it uses the same interface. The most noticeable differences are the rounded PCB corners and the removal of the red LED. I personally won’t miss the LED as I nearly always turned this off in my camera based projects.

This announcement won’t come as much surprise to many as the OmniVision OV5647 sensor used in the original camera was no longer available so a revised design was inevitable. You can read more about the technical details on the Raspberry Pi Foundation blog post.

These new cameras are available now from RS and CPC. They will find their way to other Raspberry Pi accessories sellers soon.

Alex Eames from RasPi.TV has created a quick video overview :