My preferred method for writing an Raspberry Pi SD card image is a tool called Etcher. It is free, works on Windows, Linux and Mac and has a nice clean interface. The newer version even allows multiple SD cards to be written at the same time.

Etcher can be downloaded from https://www.balena.io/etcher/. The Windows version is available in Portable and Installed versions for both 32-bit and 64-bit flavours. I use it on my Windows PC and Ubuntu laptop.

To our surprise there was nothing out there that fitted our needs. So we built Etcher, a SD card burner app that is simple for end users, extensible for developers, and works on any platform. – resin.io Team 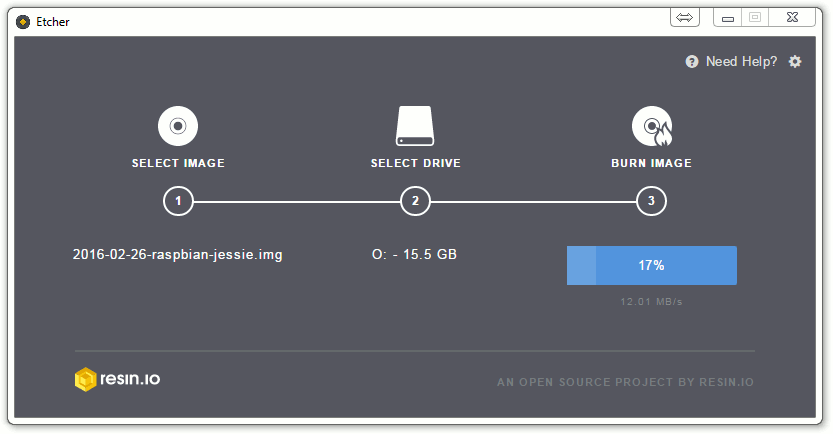 Browse to the image file. This can be a conventional img file or a zip file. This allows you to burn Raspberry Pi images without even extracting them from the source Zip files.

Select a drive. The list of drives provides a nice set of information so it should be clearer exactly what physical device you are selecting. You can select multiple drives and it is possible to write multiple SD cards at the same time.

Wait for the process to complete.

Once the process has finished you have the option to burn the same image again or to choose a different image. 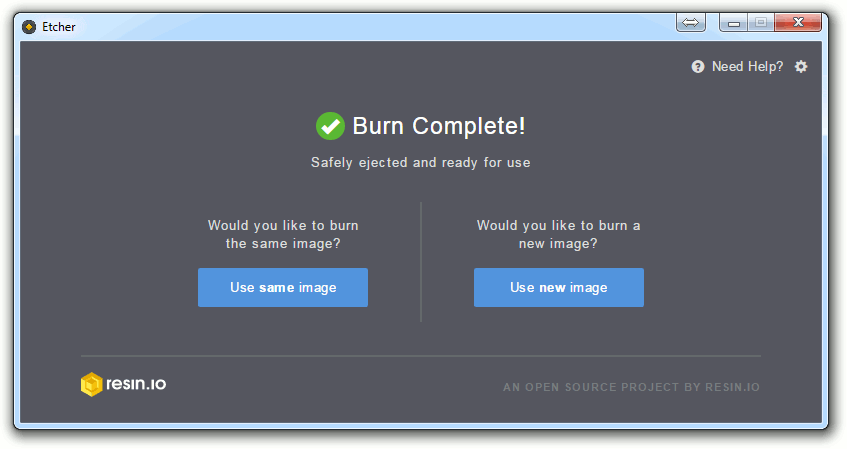 Depending on the state of the SD card you are using you may need to format it first. On Windows I always use the official SD Formatter application.

Overall I’m very impressed and not sure if SD card image burning can get any easier than this!