The Raspberry Pi 3 B+ has been released and replaces the Raspberry Pi 3 as the main model in the Pi family. It boasts a number of improvements over the previous model including a faster CPU and gigabit Ethernet. Some might have been expecting a Raspberry Pi 4 but an update to the Pi 3 is still good news.

Welcome to the Pi Family

Here is what the new Raspberry Pi looks like : 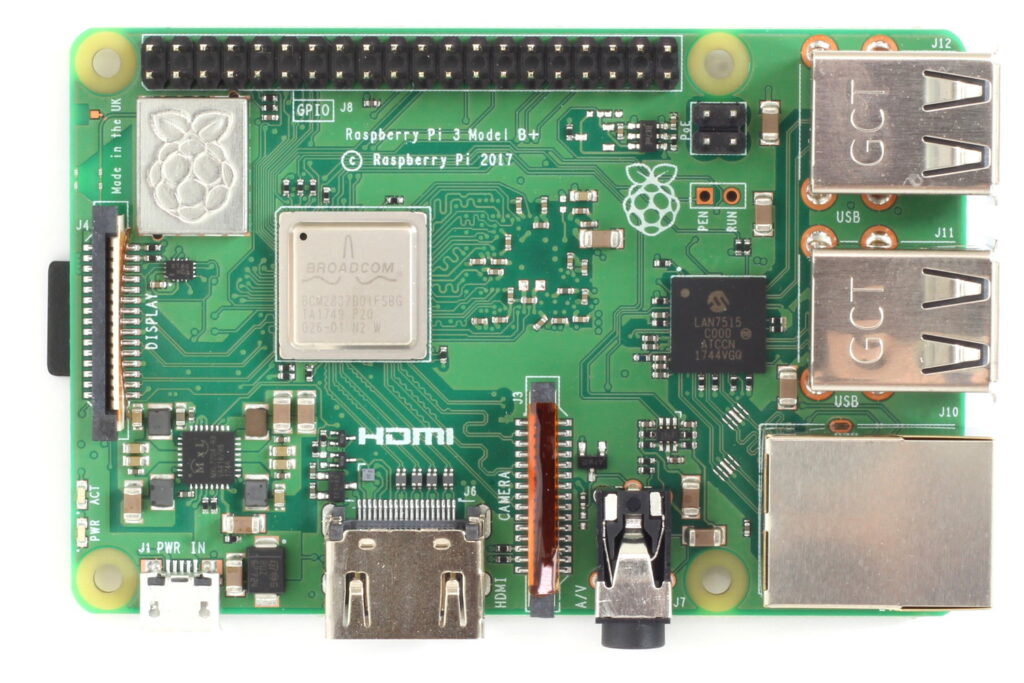 The three most noticeable physical differences are :

The Pi 3 Model B+ technical specifications are shown below :

The heart of the Pi 3 B+ is the BCM2837B0 running with a clock speed of 1.4GHz. This is an improvement over the Pi 3’s 1.2GHz although the number of cores remains the same at 4.

The memory remains unchanged at 1GB.

The number of USB ports remains unchanged with 4 full-sized USB 2.0 ports on the right hand-side of the board.

The Ethernet port now support Gigabit network connections and this will be welcomed by many users who have been asking for this feature for years. The new model will also support power over Ethernet with some additional hardware. Due to limitations in the the implementation the speed is limited to 300Mbps.

However the overall network throughput is now apparently three time better which is good news for any application that needs to shift data including network storage devices or media centres.

The ceramic antenna has been replaced with a resonant cavity design as seen on the Pi Zero W.

Stereo audio is still available via the HDMI connector and 4-pole 3.5mm jack as in the Pi 3.

The power connector is still a microUSB socket. Power consumption is higher and estimates suggest it draws 170-200mA more than a Pi 3. 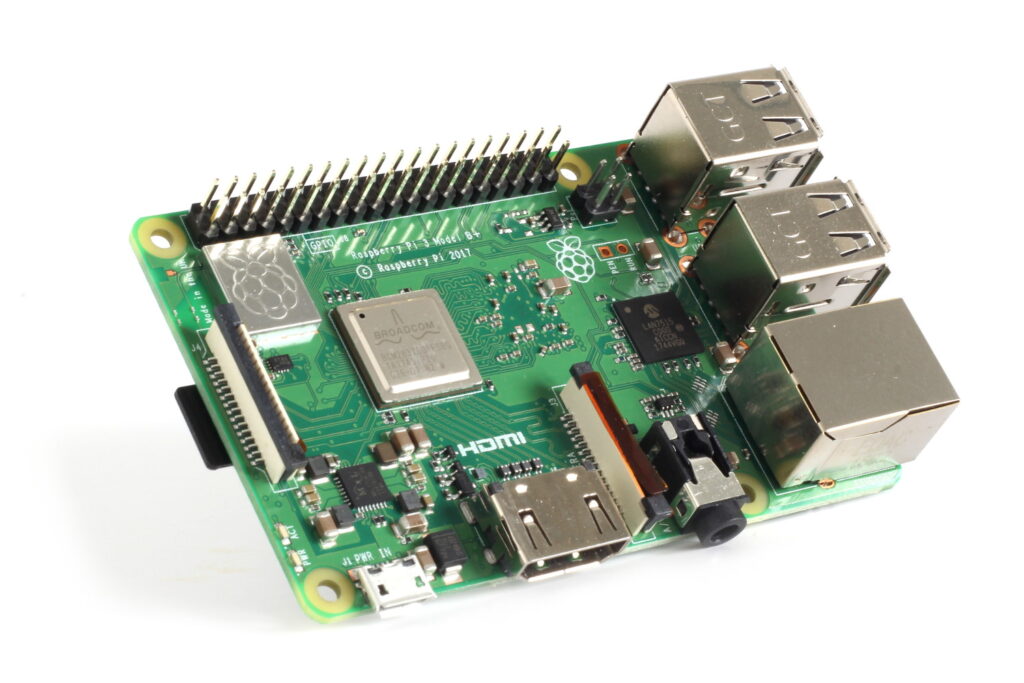 The physical size of the Pi 3 B+ remains unchanged with overall dimensions of 85mm x 56mm x 17mm. 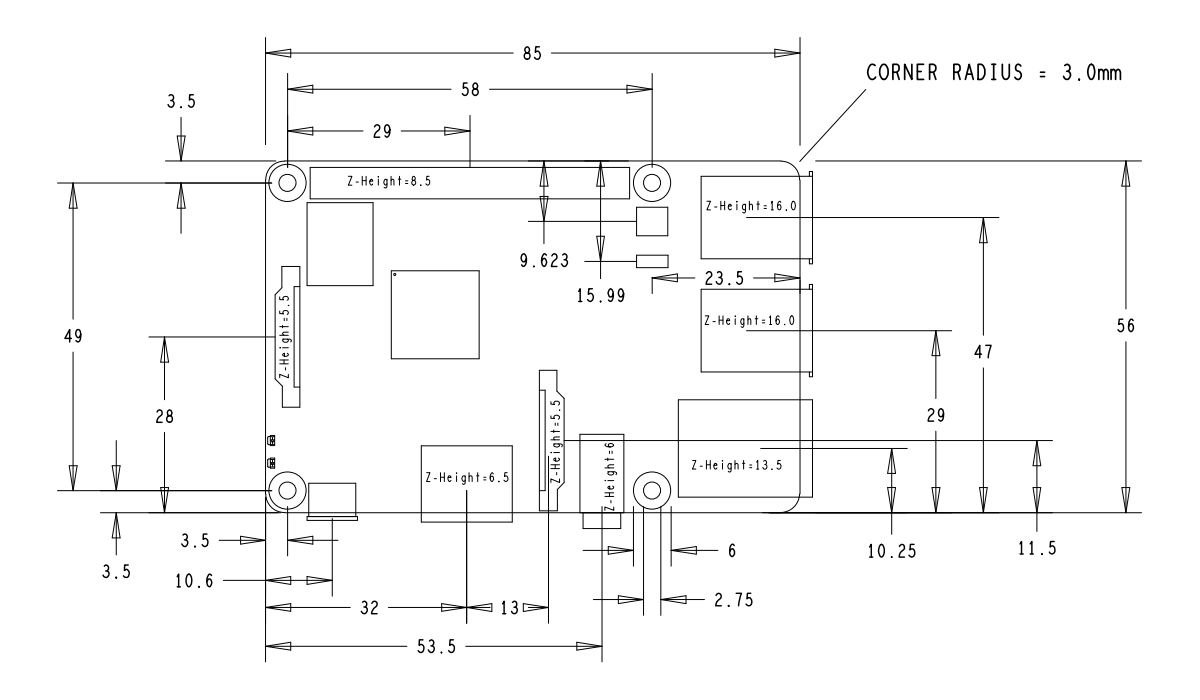 The 40-pin header used in this model is identical to previous generations so should be compatible with all hardware that works with the A+,B+,Pi 2 and Pi 3.

The model is being priced at $35 which will make it the same price as the Pi 3 which it will replace. As always this base price will translate into different retail prices depending on exchange rates and local taxes.

Should I Buy One?

The official announcement was made on the Pi Foundations Blog. Whether you will want to buy one will depend on your projects but the short answer is probably “Yes”! The low price of the Pi 3 B+ makes it worth buying even if you have other models in your collection. The improved specifications will make it more suitable for media-heavy applications and these will be welcomed by users building retro gaming, network storage or media centre systems.

The Pi 3B+ does consume more power than the Pi 3 and this might not be desirable in your project.

Buy a Raspberry Pi 3 Model B+

The new Pi is available from all official Pi re-sellers so you can expect to buy one from the same places you got your Pi 3 or Pi Zero. The most popular suppliers are listed on my Buy a Raspberry Pi page.

You can read more about the official announcement over on the Raspberry Pi Blog.