The Raspberry Pi Foundation has just announced the release of a new Compute Module. The new device is called the CM3+ and follows the CM3 released in January 2017. The Compute Module is a compact and cost-effective way to produce Pi hardware based products.


The CM3+ fits into a standard DDR2 SODIMM connector. The Flash memory is connected directly to the processor on the board, but the remaining processor interfaces are available to the user via the connector pins. 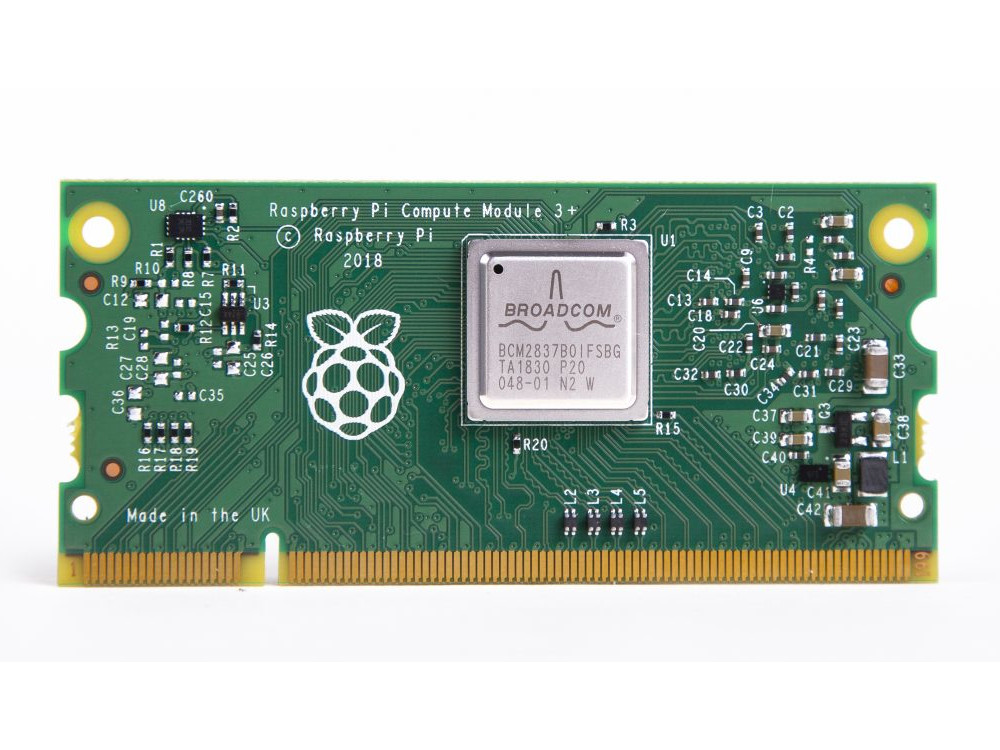 The Compute Module offers the advantage of more GPIOs and interfaces than are available on the standard Raspberry Pi.

The CM3+ Compute Module contains the guts of a Raspberry Pi 3 Model B+ (the BCM2837 processor and 1GB RAM) as well as an eMMC Flash device.

There will be four versions of Compute Module 3+ available. They all have the BCM2837B0 running at 1.2GHz but with differing amounts of on-board eMMC Flash.

The Lite version has no eMMC Flash to allow product developers to provide their own solutions.

The Compute Module CM3+ is designed to be mounted on an additional PCB so may not be of much interest to many Pi hobbyists. For those that do which to use the Compute there is a new version of the breakout board, the Compute Module IO Board V3 (CMIO3). 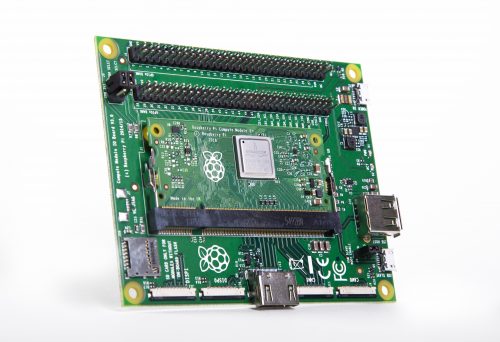 The board provides the module with power as well as connectors to allow you to boot an operating system and program the on-board flash memory. The connectors include HDMI and USB.

The CM3+ has been designed to compliment the other compute modules but the “legacy” CM1, CM3 and CM3 Lite products are considered “not recommended for new designs”. They will continue to be available until at least January 2023 but it is recommended customers use CM3+ for new designs, and where possible move existing designs to CM3+ for improved performance and longer availability.

More details about the Compute Module 3+ launch can be found on the Raspberry Pi Blog.